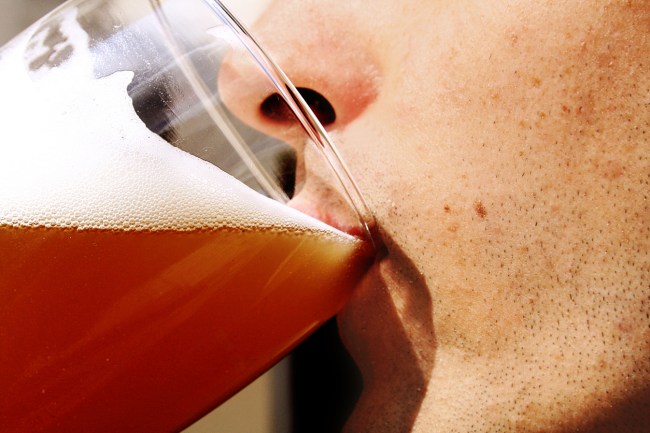 When I was growing up, I was under the belief that there would eventually be a day where you wake up in the morning only to discover you’ve magically transformed into an adult with a firm grasp on how to deal with the various intricacies of life and successfully navigate your way through the real world.

I was hopeful that would be the case when my alarm went off the day after I graduated from college but the only thing I was greeted with that morning was a crippling hangover, an overwhelming amount of student debt, and parents who told me to stop wasting my time with all of this “online” nonsense and get a real job.

Part of me is holding out hope that I’ll eventually experience the revelatory moment I’ve been eagerly anticipating for so long, but until then, I’ll be just a single member of the masses figuring out how to cope with the shit that life constantly throws at us.

Everyone deals with the various stresses we regularly encounter in their own way; some people prefer to let off some steam at the gym or meditate to let their troubles melt away while others rely on slightly less healthy alternatives in the form of the many mind-altering substances that do a great job temporarily warding off existential dread.

If you’re willing to shoulder the responsibility that comes with taking care of a living being, there are also a number of studies concerning the positive impact a pet can have on your mental health and I can say my life changed for the better after impulsively rescuing a dog a few years ago.

However, there are some people out there who take things to the next level by traveling almost everywhere they go with an emotional support animal at their side. Unlike a service animal, virtually anyone can register virtually any kind of animal they claim helps them function better, and while it’s a great concept on paper, it’s become a bit of a joke over the past decade or so thanks to travelers who have boarded planes with a miniature horse or walked down the jet bridge with a couple of squirrels in tow.

Now, a guy in Brooklyn has decided to test the limits of the trend by obtaining a certificate he’s hoping will allow him to use beer for emotional support when he travels via bus between the city and upstate New York.

According to Brooklyn Paper, Floyd Hayes used the USA Service Dog Registration website to obtain a certificate that states his favorite alcoholic beverage can be used to treat his social anxiety.

An official at the organization was understandably not thrilled with his stunt and stressed anyone who wants to travel with a regulated living organism (yeast or otherwise) still has to get a note from a medical professional for their certificate to have any legal standing.

Sure, it might not end up working, but after seeing some of the shit you have to deal with when you’re on a Greyhound, it’s certainly worth a shot.