Man Stuck Inside Giant Fan For 2 Days At A Vineyard Rescued By Authorities, Drugs Suspected 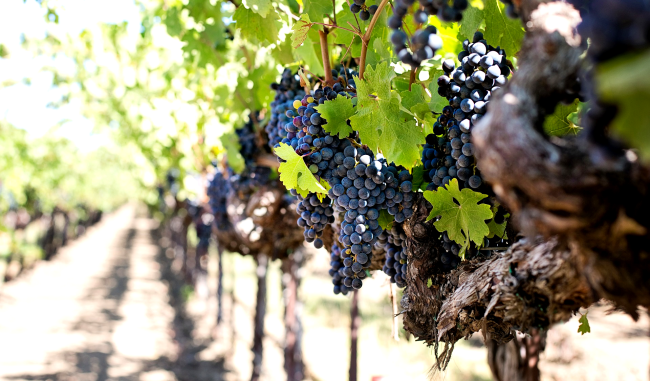 A 38-year-old man who said he had been trapped for two days, half-naked inside a giant fan at a Santa Rosa vineyard in California was rescued by authorities this week. Police believe drugs were involved.

Police were alerted to the fact that a car had been left near the vineyard, but there had been no sign of the driver, so they sent someone out to investigate.

Sonoma County Sheriff’s Office spokesman Juan Valencia told the San Francisco Chronicle that when authorities arrived on the scene someone heard a man calling out “Is somebody there?”

In a statement posted to Facebook, the Sonoma County Sheriff’s Office wrote…

“Hide and seek is a two player game, at a minimum. Let’s find out why …

“Early this morning, the Sheriff’s Office received a complaint of a suspicious vehicle parked on private property in the 2800 block of Piner Rd. A deputy responded and located the vehicle, but not the occupant. The vehicle was parked in a location that made no sense. The deputy saw a hat resting on a nearby piece of farm equipment and went over to investigate. The deputy found way more than the hat.

“The occupant of the vehicle had, inexplicably, decided to climb into the shaft of the vineyard fan and became completely stuck inside the shaft. He had been stuck there for two days before we found him. The Fire Department responded and was able to extricate the man out of the fan shaft.
When interviewed, the man indicated he liked to take pictures of the engines of old farm equipment. After a thorough investigation which revealed the farm equipment wasn’t antique and the man had far more methamphetamine than camera equipment, the motivation to climb into the fan shaft remains a total mystery.

“We elected to not arrest him as he required medical treatment after his unintended multi-day stay in the fan shaft. The Sheriff’s Office will be recommending charges of trespassing and drug possession, as well as violations of both his probation case and the pending case for which he is currently out of custody on pre-trial release.

“Lucky for this guy the citizen called in to report his vehicle, otherwise this story ends with a far more tragic outcome. Instead he should make a full recovery and hopefully be wiser for the experience.”

Hide and seek is a two player game, at a minimum. Read story below to find out why… https://t.co/Ui2dE9mIlx pic.twitter.com/qCGx37OT7D

Hard to believe meth may have been involved in a situation such as this.

Oh, and in case you were wondering what a vineyard fan is, they are used to circulate air across vines to protect the grapes from frost during colder months.

Thus concludes our the latest entry into the “dumb criminal” files. Stay safe out there.