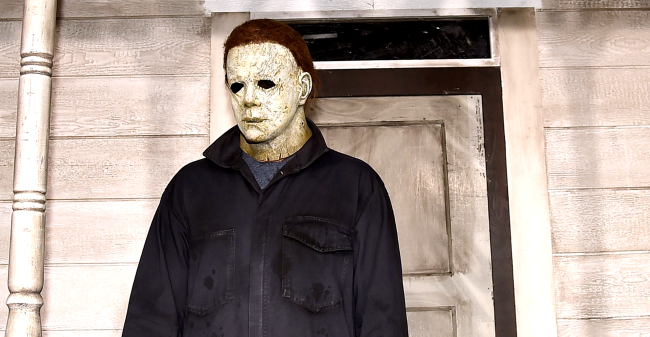 Police in Galveston, Texas recently received a 911 call that a man dressed head to toe as mass murderer Michael Myers from the Halloween series of films was walking on the beach just prior to Tropical Storm Nicholas.

The man, a lawyer named Mark Metzger, was cited for disorderly conduct after police received a 911 complaining that he carrying a bloody knife. The knife, of course, turned out to be fake.

Police spokesperson Stacy Papillion reported that when police encountered Metzger they stopped the man and placed him in handcuffs.

“I did it for the people, the tourists who are stuck down here,” Metzger said. “They honestly weren’t expecting a tropical storm to pop up, but they’re stuck here in their hotels… so [I] kinda thought, maybe they can get a laugh.”

A post shared by Mark A. Metzger III (@theislandattorney)

Related: The Story Of The Boy John Carpenter Used As Inspiration For Michael Myers Is Creepier Than The Film

He wasn’t thrilled to have been arrested for just wearing a Michael Myers mask, but he says he understands why it happened.

“I think it was a ridiculous citation,” said Metzger. “But I think their hands were tied, and I understand they had a job to do. I’m respectful of that.”

Posting on social media after his arrest, Metzger noted that he ran into the lead singer of the band Slayer, writing, “Bringing positive vibes to this gloom and doom world out there, generating some laughter, helping people crack a smile, and restoring our faith in humanity through humor is 100% what I’m about. My methods might not work for everyone, but I guarantee I’ll please more than I’ll piss off. #byekaren.

“So if taking a silly walk down the beach during a storm in a costume, and subsequently being arrested for disorderly conduct accomplished any of that (was just released with a class c citation and still fuzzy on what exactly I did was illegal) – then I’d do it again all day every day. Plus…it’s not every day you get to meet and chat with SLAYER’S TOM ARAYA in the middle of a prank! #noregrets.”

A post shared by Mark A. Metzger III (@theislandattorney)

By the way, the new Halloween Kills coincidentally (?) happens to coming to theaters one month from today on October 15th.