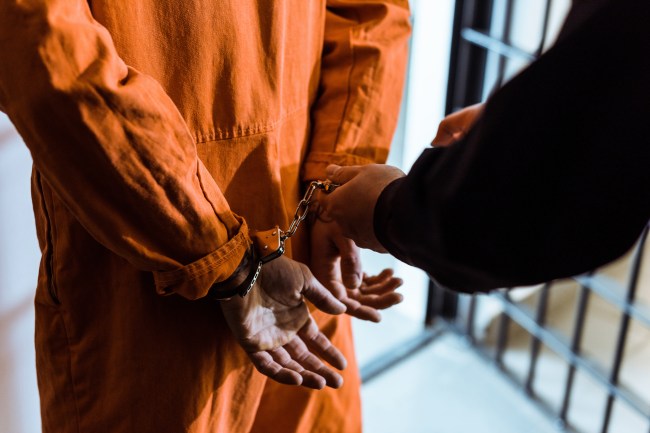 The majority of a California man’s life was robbed from him after the justice system failed him tragically.

Craig Coley, a Vietnam vet with no prior record, was convicted of the heinous killings of his 24-year-old girlfriend, Rhonda Wicht, and her 4-year-old son, Donald, in 1978. Coley was charged and convicted of strangling Wicht with an 11-foot macrame rope, while her son was smothered in his bed, the New York Post reports.

A photo of Craig Coley being arrested by Rick Freeman of the Simi Valley Police Department in 1978 had hung on the wall at the station as a part of a display of the department's history. Coley, who served more than 38 years in prison for a double murder, was pardoned in November pic.twitter.com/u82OPtBjCQ

A key witness against Coley, who was going through a breakup with Wicht, was her next-door neighbor, who said she heard banging and saw Coley’s truck parked outside the apartment building the morning of the murders.

She testified that a person with medium-length hair drove the truck away. Another neighbor told jurors that he heard noises from Wicht’s apartment at 5:30 a.m.

During the first trial, the jury was deadlocked on a 10-2 vote in favor of guilt. The second jury convicted the man of two counts of first-degree murder, and he was sentenced to life without the possibility of parole.

Coley spent 39 years of the prime of his life locked in a cage and he would have died there if it weren’t for Mike Bender, a retired Simi Valley detective who noticed glaring holes in the case against Coley–namely calling into the question to veracity of the next-door neighbor, who claimed that she observed a man matching Coley’s description drive off the morning of the killings.

Exactly 39 years after Wicht’s murder, investigators returned to the next-door neighbors house to look out her window and concluded that it would be physically impossible for her to see whoever was in the truck from her apartment.

This information likely wouldn’t be enough to garner a new trial. That’s when detectives found DNA they once thought to be destroyed. A piece of Wicht’s bedsheet the night her body was discovered contained another man’s sperm and another man’s epithelial cells.

Coley was eventually released from prison in 2017 at the age of 71 after being pardoned by then-Gov. Jerry Brown.

The city of Simi Valley, California has recently reached a $21 million settlement with Coley, amounting to roughly $1,500 for every day he was wrongly imprisoned.

“While no amount of money can make up for what happened to Mr. Coley, settling this case is the right thing to do for Mr. Coley and our community,” City Manager Eric Levitt said in a statement.

“The monetary cost of going to trial would be astronomical and it would be irresponsible for us to move forward in that direction,” he added.

The New York Post reports that the city is required to pay around $4.9 million of the $21 million, while the remainder is expected to be covered by insurance and other sources.

It’s a damn shame that this vet was stripped of nearly four decades of his life for a crime he had nothing to do with. It’s a shitty reminder that the justice system may be the best system, but it’s far from perfect. Don’t even want to think fo all the other wrongfully imprisoned inmates rotting behind bars.