New Map Reveals The Most Popular Netflix Show In Each State In The U.S. For 2018 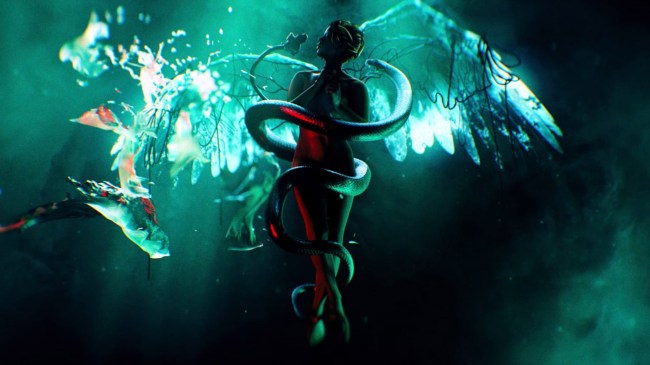 A new map of America, created by the folks over at HighSpeedInternet.com, reveals the most popular Netflix show in each state in the U.S. and there was very little consensus this year.

In 2016, ABC’s political thriller Scandal led the way, taking top honors in 10 states, while Orange is the New Black came in second with three states. Amazingly that year in Wisconsin, Fuller House somehow beat out the first season of Making a Murderer. Go figure.

Then in 2017, Orange is the New Black jumped up a spot and was the overall winner for the year taking 15 different states in the union. The next-closest show was American Vandal, which was the favorite in just five states. Aside from those two, no other show had more than three states where it was a favorite

Now, with 2018 officially in the books, we have a new map which reveals that when compared to 2017, 47 of the 50 states had a brand new favorite Netflix show.

Also, in what may come as a surprise to some, the most popular Netflix show in the most states in 2018 was 13 Reasons Why with just seven – the lowest number of states for the top spot over the past three years. Coming in a close second was The End of the F***ing World, which was most popular in six states.

Sadly, at least for fans of Netflix’s Marvel shows, Daredevil came in third, tied with Orange is the New Black at five states apiece. Even worse, if you combined Daredevil with Iron Fist, Luke Cage, and The Defenders, there are a total of 11 states represented. Womp… womp… 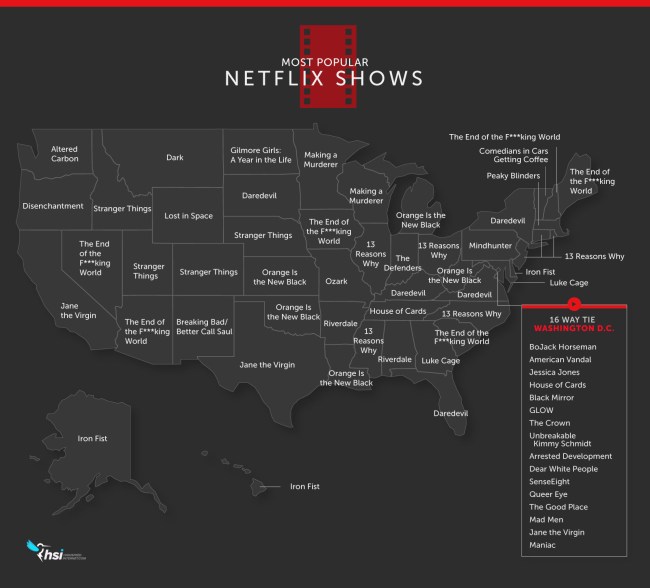 I see you working, New Mexico.