Just In Time For Tax Day, New Map Reveals Which States Have The Highest Tax Bills In America 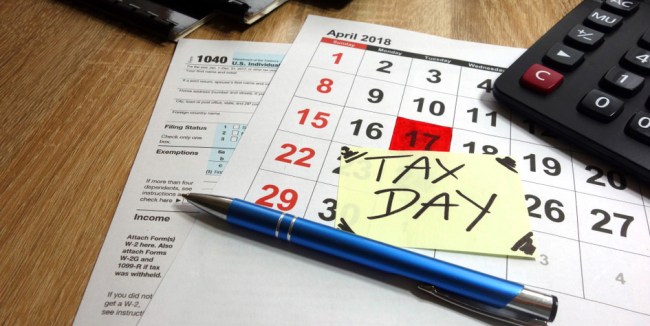 With dreaded Tax Day almost upon us (it’s April 17th, millennials), many Americans are still gathering paperwork and preparing to file their 2017 taxes. Federal and state income taxes represent just part of an individual’s total tax burden, however.

This new map by cost information website HowMuch.net illustrates how the state you live in also plays a part in the relative tax burden between federal, state, gas, sales, and property taxes.

Here’s how they did it…

We compiled the data from GoBankingRates, which analyzed a few different sources to figure out the average tax burdens for each state. These included the 2016 Census Bureau American Community Survey for median household income levels, Zillow’s median home value and property tax information, the American Petroleum Institute’s average gas consumption figures, the Tax Foundation’s numbers of state sales tax rates, and Gallup’s estimates for average daily spending. We sliced and diced all this data to represent each state as a pie chart where each piece corresponds to the weight of each category of taxation. We then sized each pie chart based on the total taxes paid.

That… sounds like a lot of work. So, you got all that? Good. Here are some highlights of what they discovered…

(*including Washington DC, since it has it’s own separate state-like tax laws)

As you can see in the map below, the Northeast has several states with tax burdens far higher than those in the rest of the country. For example, residents of New Jersey pay more than three times as much in total taxes as those who live in West Virginia.

It’s also important to note that some states, like Tennessee and Florida, don’t charge their residents a income tax, and others, like Montana, don’t collect any sales tax.

So why don’t more people move to lower-tax states? Actually, some of them are.

Check out the map below and see how your state stacks up. 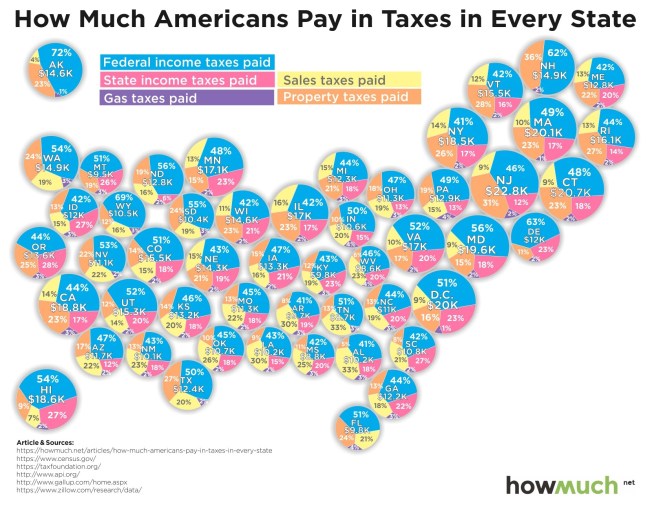