A Margaritaville Cruise Ship Will Make Its Maiden Voyage In 2022 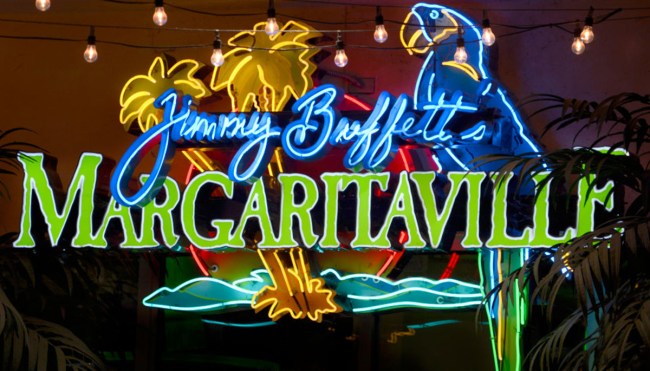 Since getting his big break in the 1970s, Jimmy Buffett has managed to make more than a little something by singing the praises of doing basically nothing thanks to the devoted legion of Parrotheads who pine for the life described in “Margaritaville,” “Cheeseburger in Paradise,” and the many other songs that are essentially the musical distillation of the Florida Keys.

Over the decades, Buffett has expertly managed to leverage his brand to create a full-fledged empire built on the back of his chill tunes, including a restaurant chain, a hotel in Times Square, a collection of RV “resorts,” and, of course, the margarita machine made famous in an episode of South Park.

Now, it appears he has set his sites on a new frontier: the deep blue sea.

According to Business Insider, Buffett’s company has teamed up with Bahamas Paradise Cruise Line for a new venture dubbed “Margaritaville at Sea,” with its ship—appropriately dubbed “Paradise”—scheduled to depart from Palm Beach on April 30th for a trip to Grand Bahama.

The ship is filled with the amenities you’d expect on a typical cruise (including a casino, pools, shops, and what I assume will be dubbed the “Buffett Buffet”) but underwent extensive renovations to give the entire vessel and its 658 rooms plenty of signature Margaritaville touches.

I can only hope one of those includes every clock being permanently set at 5 P.M.