Margot Robbie Says No One Told Her Harley Quinn’s Fate In The Snyder Cut, Playing Her Is ‘Exhausting’ 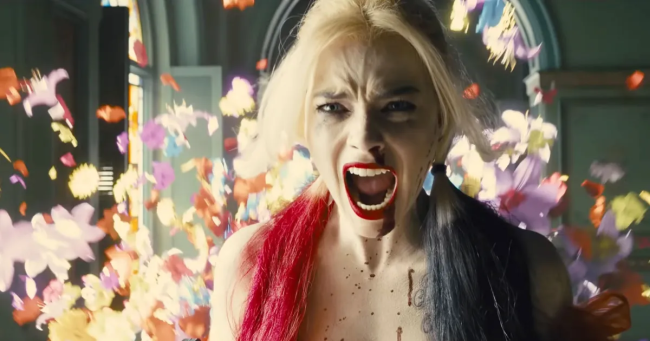 With the 2021 release of The Suicide Squad, not to be confused with Suicide Squad, Margot Robbie will have played Harley Quinn three times in the last five years.

The character, Harley Quinn, however, has actually been mentioned in four films if you include The Snyder Cut of Justice League.

Spoiler: Harley Quinn, at least according to Batman at the end of the film, had died at some point prior to The Snyder Cut’s timeline.

Not only was this news to the Joker and those watching the movie, it was also apparently news to Margot Robbie.

Except that Robbie says she didn’t even see it in the film, she found out when Entertainment Weekly told her about it during an interview published on Monday.

“Whaaat?” Robbie reacted when given this bit of news. “I didn’t know that. [Laughs] Thank you for telling me!”

“It’s not like Marvel where everything is more obviously linked in a more linear way. It feels like there’s so many adjacent stories, worlds, and films happening at the same time, just like there are in the comics.

“So, yeah, I didn’t know that, but it doesn’t necessarily change what other people are able to do with this universe, I don’t think. What one director decides I don’t think dictates what another director might be able to pick up and do with the world and the characters, which is fun. I think that’s an appealing aspect for directors in the DC world, they can make it their own, the way James did. He didn’t have to be beholden to the version that David Ayer (director of Suicide Squad) set up. He could pick it up and make it his own, which I’m sure was more appealing for him.”

Robbie was also asked when we might see her playing the troublemaking former psychiatrist and admitted that she was planning on taking a break from Harley.

Bad news for anyone hoping to see Harley and Poison Ivy team up in the long-talked about Gotham City Sirens movie and/or a Harley Quinn and The Joker film that was supposedly in development.

“It was kind of back-to-back filming Birds… and filming this, so I was kind of like, oof, I need a break from Harley because she’s exhausting,” she said. “I don’t know when we’re next going to see her. I’m just as intrigued as everyone else is.”

The Suicide Squad hits theaters and begins streaming on HBO Max on August 6.

Welcome to Belle Reve, where the worst Supervillains are kept and where they will do anything to get out — even join the super-secret, super-shady Task Force X. Those willing to take the chance find themselves dropped (literally) on a remote jungle island for a search and destroy mission. Did we mention it’s teeming with militant adversaries and guerilla forces? One wrong move and they’re dead.