Mariah Carey Adds To The Legend Of Derek Jeter, Details The First Time They Hooked Up 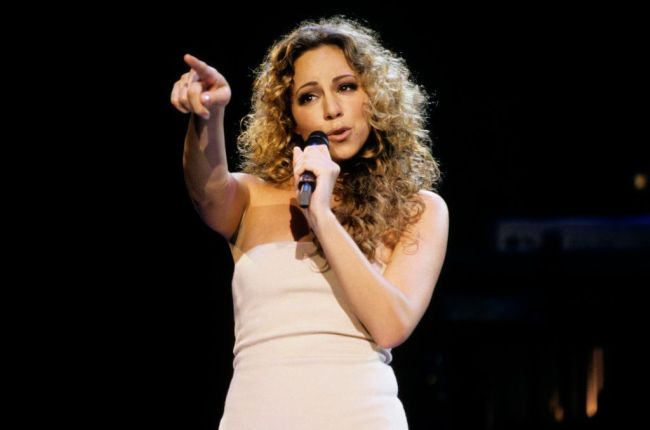 Here’s how much of a legend Derek Jeter is around New York City: I’m a sorry-ass New York Mets fan and even I idolize the guy. Growing up in this area in the late 90s and early 2000s, how could you not? He was the New York City athlete, whose talent was only matched by his work ethic. He was a winner and a leader. He was everything New York wanted their superstars to represent.

As I’ve grown older, though, I’ve obviously become more aware of the other reasons every male in America — Yankees fan or otherwise — admires Jeets, and that’s his storied dating history.

Since this is the year 2020 and “dating history” content died approximately a decade ago, I’ll save you the detailed breakdown of his partners (which you can easily fin with the Google machine if you find yourself so inclined — it’s truly legendary) and instead jump right into what one of them, Mariah Carey, recently said about the experience.

In her new memoir The Meaning of Mariah Carey (everybody’s got a fuckin’ story to tell these days, huh?), Carey opened up about her 1990s relationship with the New York Yankees shortstop, only further adding to the Jeter’s already pristine legend.

The two began to secretly talk … and shared “a warm, slow, intoxicating kiss” on Jeter’s roof (which inspired her song, “The Roof”) … but they never took it further because “Neither of us had wanted to cheapen our romance by cheating on my marriage.” Once her divorce with Sony music exec. Tommy Mottola was complete, Carey says she wasted no time and flew to Tampa to do the deed with Jeter.

“Everything was so new and sweet, down to the smooth texture of his honey-dipped skin. It was how it was supposed to feel,” Carey says, according to TooFab. Carey called the experience “so sensual” … and admitted he was only the second guy she had slept with.

As special as it was, Carey knew it wasn’t going to last … saying they were both huge stars and could not “live up to each other’s fantasies,” but they both fulfilled each other’s needs at the time. [via TMZ]

Derek Jeter, man. THAT DUDE. No word on if he gave her an infamous gift basket, though.