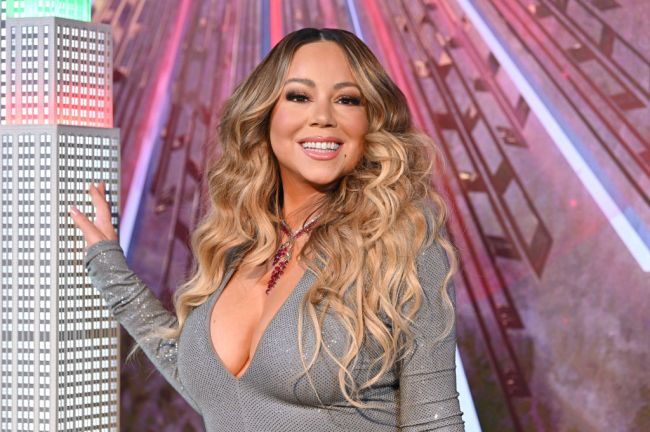 The year was 1995, at the time the alt-rock scene was dominated by songs such as Fake Plastic Trees by Radiohead, Bullet With Butterfly Wings by Smashing Pumpkins, River of Deceit by Mad Season, Tomorrow by Silverchair, Heaven Beside You by Alice In Chains, Hey Man, Nice Shot by Filter, and Professor Nutbutter’s House of Treats by Primus, just to name a few. But there was an unknown alt-rock singer secretly making her mark on the music genre – Mariah Carey.

Possibly inspired by Alanis Morrissette, who scored a massive hit in 1995 with You Oughta Know (a reported ode to Dave Coulier AKA Uncle Joey from Full House), Mariah Carey went the alt-rock route in 1995. Yes, THAT Mariah Carey, the pop star best known for her remarkable vocal range and for singing bubblegum pop songs such as We Belong Together and Hero.

Carey recently revealed that she “did an alternative album” back in 1995. Carey has an upcoming memoir titled The Meaning of Mariah Carey, which means that she has to drum up some ballyhoo to sell some books. Ahead of the release of her memoir, Carey shared a little-known tidbit about herself.

“Fun fact: I did an alternative album while I was making Daydream 👀 Just for laughs, but it got me through some dark days,” Carey tweeted on Sunday. “Here’s a little of what I wrote about it in #TheMeaningOfMariahCarey 🤟 S/O to my friend Clarissa who performs the lead w/ me as a hidden layer #Chick #TMOMC.”

Fun fact: I did an alternative album while I was making Daydream 👀 Just for laughs, but it got me through some dark days. Here's a little of what I wrote about it in #TheMeaningOfMariahCarey 🤟 S/O to my friend Clarissa who performs the lead w/ me as a hidden layer #Chick #TMOMC pic.twitter.com/Re23t5whcd

Mariah contributed her belting five-octave vocal range to Chick’s 1995 album Someone’s Ugly Daughter. While Mariah is not front-and-center on the album, she provides background vocals as a “hidden layer.” You could do worse than having Mariah Carey as your backup singer.

And she appeared on an alt-rock album while recording Daydream, which was one of the best-selling albums of all-time with more than 20 million copies sold worldwide, and featured smash hits Fantasy and Always Be My Baby.

I’d bring my little alt-rock song to the band and hum a silly guitar riff. They would pick it up and we would record it immediately. It was irreverent, raw, and urgent, and the band got into it. I actually started to love some of the songs. I would fully commit to my character. I was playing with the style of the breezy-grunge, punk-light white female singers who were popular at the time. You know the ones who seemed to be so carefree with their feelings and their image. They could be angry, angsty, and messy, with old shoes, wrinkled slips, and unruly eyebrows, while every move I made was so calculated and manicured. I wanted to break free, let loose, and express my misery—but I also wanted to laugh. I totally looked forward to doing my alter-ego band sessions after Daydream each night.

Mariah also helped with the album packaging’s art direction and directed the music video for Malibu.

Chick has a sound reminiscent of Letters To Cleo or a toned-down Hole, Courtney Love’s band. Mariah missed her chance at becoming the next PJ Harvey.