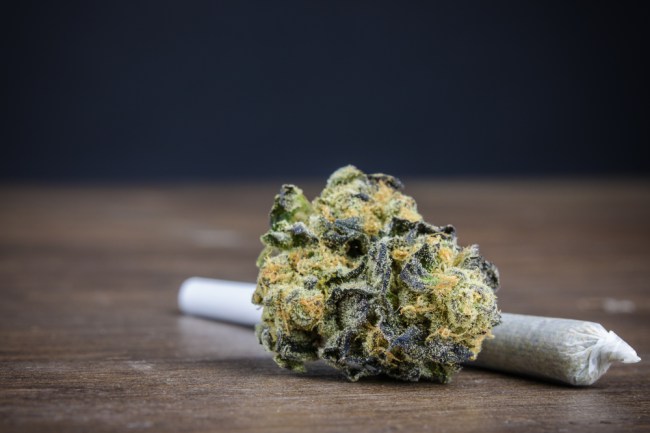 Aspen, Colorado. The city where beautiful women flock instinctively like the salmon of Capistrano. It’s a magical place. It’s where I learned how to snowboard and the first place I learned that there are really, really, ridiculously expensive tequilas in the world. Aspen has, arguably, the best ski mountains in the world and in 2017, annual marijuana sales surpassed annual liquor sales for the first time ever.

A surge in sales at legal/recreational marijuana dispensaries in Aspen pushed pot atop the pedestal according to the latest figures from Summit Daily:

Legal-pot purveyors hauled in $11.3 million in revenue last year compared with $10.5 million for liquor stores, marking the first time marijuana sales outpaced booze for the year in Aspen. The figures were provided Wednesday by the city’s Finance Department in its year-end sales tax report for 2017, which showed Aspen’s retailers combined to generate $730.4 million in revenue, 2 percent better than 2016 (see chart on page A6). (via)

At first glance, this might seem crazy. But Aspen is a very active town. Between snowboarding, hiking, skiing, mountain biking, etc. it’s hard to be hungover and that might be the simplest and easiest explanation for why marijuana sales have overtaken alcohol sales.

Think about it: if you know you’ll be waking up early to charge the fresh gnar on the slopes all day do you want to drink until 1am or whatever time Aspen bars close? Or would you rather sit in the jacuzzi with the snow falling and chill on some restorative edibles and rip the vaporizer? The answer’s pretty clear to me.