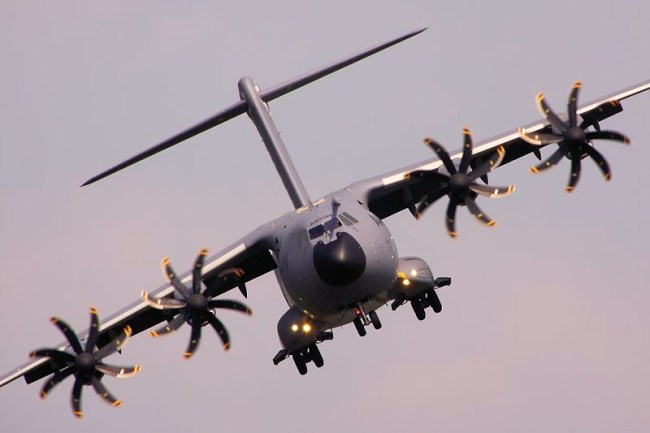 Hey, girl, I’ve got somethin’ real important to give you, so just sit down, and listen. Well, you know it’s Christmas and my heart is open wide. So look up in the sky. It’s a dick in a box. That’s right, some talented artist created a dick in a box in the sky by using an airplane to draw the aerial love stick.

An A400M transport plane flew out of Seville, Spain, and the pilots gave us a gift, real special. The aviators gave you something so you know what’s on their mind. It’s a dick in a box in the sky! The pilot must be huge fans of the classic song from Andy Samberg and Justin Timberlake and modeled the flight pattern of the military transport airplane in the shape of a penis in a box over the Gulf of Cadiz.

Christmas came early with this huge package. They even added a bow! That’s a nice touch. At least I hope that’s a bow. Oh goodness, please be a bow.

The pilots were grounded for their aerial anaconda. “The T-34C crew that are being investigated for flying a pattern resembling an obscene image are currently not flying pending the results of an ongoing investigation,” said Maj. Josef Patterson, a Marine spokesman, of the hard punishment. “Although not flying for the time-being, the two Marine Corps aviators are still providing vital squadron ground support functions.” No word on if the pilots are now flying a cargo plane full of rubber dog shit out of Hong Kong.

It appears that Spain now has air superiority over the U.S. for their heat-seeking missile of love in a box as they outmaneuver the Marines. See they’re wise enough to know when a gift needs givin’.