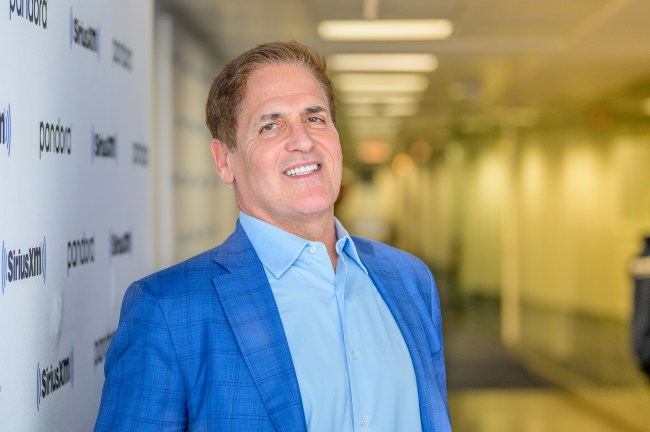 Mark Cuban, the owner of the Dallas Mavericks, is one wealthy individual. His estimated net worth around $4.3 billion. I doubt that number’s spot-on as things have rapidly changed over the past few weeks but he’s still so rich that it’s a rare occasion for him to walk into a room and not be the wealthiest person there.

He grew up in a working-class family in a suburb of Pittsburgh and has climbed his way to the top by grinding relentlessly hard, or so he says. For some people, that’s all lip service. Saying they work harder than everyone else is a way of masking the fact that they’ve somehow gotten incredibly lucky along the way. In Cuban’s case, it’s more former than latter but there’s always a degree of luck involved when you’re talking about financial success vs. ruin.

A resurfaced CNBC article cuts up an old Q&A with Mark Cuban here he discussed hitting rock bottom early on in and what it took to rise from the depths to where he’s at today. It kind of all stems around a former employee robbing him of the first money his company made. Here’s the story on that.

Or take the time Cuban says a receptionist at his then-fledgling first company, MicroSolutions, stole more than $82,000 from the business by forging checks — “$82,000 of the $84,000 we had was gone,” Cuban said during the Oxford Union Q&A.

Cuban said he went to the bank to try and get his money back.

“The manager of the bank basically [laughed] me out of his office, telling me that I ‘didn’t have a pot to piss in.’ That I could sue him, or whatever I wanted, but I was out the money.”

Cuban remembered waking up some days, “going ‘oh my god, is this going to happen,'” questioning if he’d ever achieve success. (via CNBC)

He offered up advice on how to get through harrowing business experiences, which some of you out there reading this might very well be experiencing by now. His main takeaway from that experience is to work as hard as you can as long as you love what you’re doing.

“I was just like, ‘I just have to keep on grinding,'” Cuban said during the 2017 Q&A. “And that’s always worked out for me. Even when things were the toughest, my attitude has just been enjoy your life, smile, fight your way through it, and remember what you’re good at.”
According to Cuban, he knew he was good at “tech, selling, working longer hours than everybody else,” but more importantly, “I was even better at enjoying what I was doing,” he said. “I just kept on reminding myself to enjoy.”
“For whatever reason, I never got pissed, I never got upset,” Cuban said during the Q&A. “I was just like, ‘This is it. I just gotta go. I just gotta do. I just have to keep on grinding.'”
…
….
…
“What I learned from all that was there’s always gonna be setbacks….There’s always gonna be things you don’t anticipate,” he said during the Q&A.
“Even when you have every ‘i’ dotted and every ‘t’ crossed, something is going to go wrong. And when it does, you just have to fight through it and grind through it. Remember what it is that makes you special and what it is that makes you confident to do what you do, and do more of it.” (via CNBC)

What worked/works for him mightly only be applicable to a small subset of the population but I think the mental fortitude is something that can be applied in just about any moment of adversity. Stay positive, accept that there will be setbacks and some things are completely out of your hands.

You can click here to read the article in full over on CNBC.