Mark Cuban Gets Fined $15K For F-Bomb, Finds Out Money Goes To Charity, Doubles Down 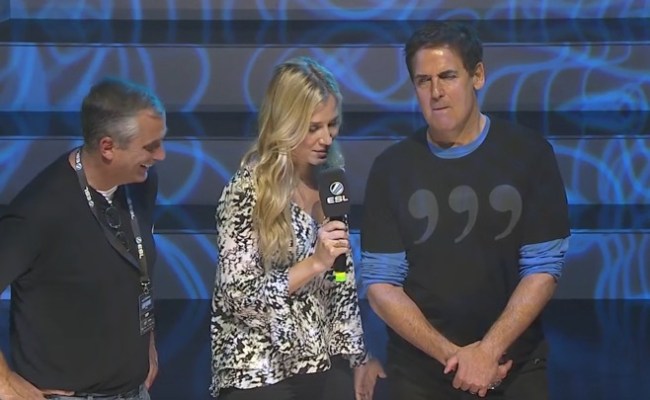 While appearing on stage at a League of Legends tournament a while back, billionaire Mark Cuban was told that he’d be fined $15,000 for dropping an F-Bomb on a hot microphone. Mark was then told that money would be going towards charity. Cuban did the only reasonable thing a billionaire could do in that situation, he doubled down and dropped another f-bomb because why the fuck not? It’s for charity! For what it’s worth, this actually took place back in 2015 but it’s making the ‘viral news’ rounds now for some reason:

As one of the commenters on this video so eloquently pointed out, this is the epitome of ‘fuck you’ money. Mark Cuban has an estimated net worth of over $3 billion. You nor I would never in our wildest dreams drop $30K on a whim (anywhere outside of the casino).

$30,000 is nothing to Mark Cuban. The excellent publicity Mark Cuban’s getting from this video is worth A LOT more than thirty grand to him. Am I jealous that someone can throw around cash like that without any pause for concern? You’re damn right I am. Mark Cuban’s living the dream.