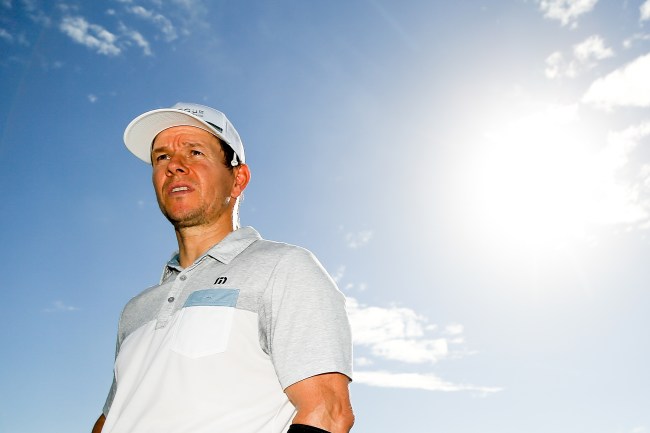 The sun rises in the east, sets in the west, and Mark Wahlberg doing burpees are the only universal truths one can set his watch to.

Living in a world where Mark Wahlberg isn’t waking up at 3:30 am to wallop the speed bag may set in motion an irreversible butterfly effect that could send the earth rotating in the opposite direction. All for what? A movie role?

Last month, the 49-year-old made an appearance on Jimmy Kimmel Live! to reveal that he’s challenging himself to “put on 30 pounds in the next six weeks” for his role as boxer-turned-priest in the upcoming movie Father Stu.

After 21 days, Wahlberg has packed on 20 pounds of pure, unadulterated fat, officially morphing from chiseled health nut to Local Cop Fighting His Own Demons.

“And it looks just as hot in person baby ❤️,” Durham commented.

Back in April, Wahlberg revealed his mindset about going gaining 30 pounds in just over a month.

“After we do the boxing scenes, I get to put on as much weight as possible over the course of the film, so I’m challenging myself to put on 30 pounds in the next six weeks,” Wahlberg told Jimmy Kimmel.

Wahlberg hinted that his first big meal could be a “20-piece chicken nugget and 20-piece hot wings from Kentucky Fried Chicken with a six-pack of beer.”

Welcome to the dark side, Mark. You’re in good company.