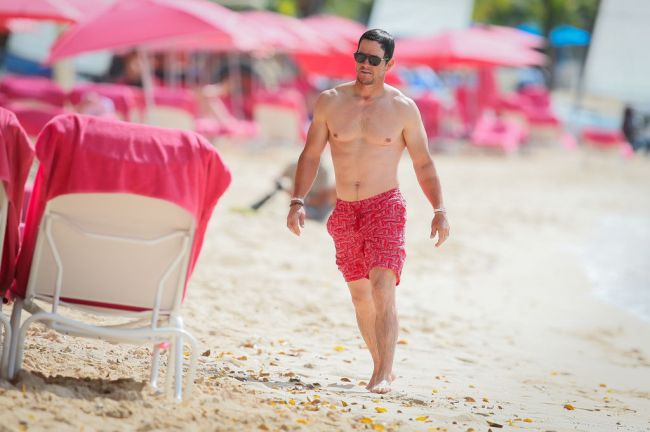 Mark Wahlberg is known for getting himself in insane physical shape for acting roles, but for his next movie, he is packing on the pounds. The typically sculpted Hollywood actor will attempt to get out of shape by stuffing his face with KFC and Denny’s.

Wahlberg revealed that he is “preparing” for a new role by fattening up. In a recent appearance on Jimmy Kimmel Live!, the 49-year-old Hollywood actor talked about getting ready for his role in the upcoming movie Father Stu. Yet once again, Wahlberg will portray a boxer, but this role is a former boxer-turned-priest.

“After we do the boxing scenes, I get to put on as much weight as possible over the course of the film, so I’m challenging myself to put on 30 pounds in the next six weeks,” Wahlberg told Jimmy Kimmel.

He said that he plans on “eating lots of burgers and lots of buns” to gain the weight and is “looking for all the help [he] can get.”

Less than a month ago, Wahlberg was still very jacked.

The actor asked, “Why not start with a bang?”

RELATED: Mark Wahlberg Tells ‘Out Of Touch’ Celebrities To Shut Up About Politics

Wahlberg hinted that his first big meal could be a “20-piece chicken nugget and 20-piece hot wings from Kentucky Fried Chicken with a six-pack of beer.”

He noted that he might indulge in a KFC 40-piece meal, but warned, “I might need a porta-potty too, but you know what, I’m ready to go.”

If eating KFC and drinking six-packs of beers makes you a great Hollywood actor – consider me Marlon Brando.