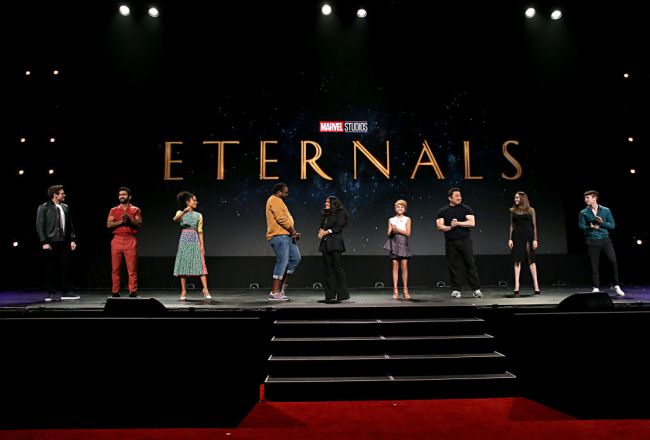 For the first time since Guardians of the Galaxy, the MCU is truly putting forth a product that comes directly from left-field, as the Eternals are arguably the most obscure group of heroes to be introduced to the franchise yet. Hell, the very nature of their being makes them a complicated sell: the Eternals are an immortal race of aliens created by another cosmic group with a grandiose name, the Celestials, who have secretly lived on Earth for over 7,000 years. In turn, those Eternals must protect humanity from their evil counterparts, the Deviants. It’s certainly a lot to wrap you’re head around, but man, if they could pull it off, you can *just see* the epic potential of the story. And by the sound of recent word-on-the-street, that’s exactly what Marvel has done and them some.

Tasking soon-to-be Academy Award-nominated (and potentially winning) director Chloe Zhao (Nomadland) with bringing Eternals to life, the 38-year-old director has reportedly “crushed” the film to such an extent that Marvel Studio execs are “almost in disbelief” over the film’s quality and potential.

Director Chloé Zhao has reportedly "crushed" ‘Eternals’, leaving Marvel “almost in disbelief about what they have on their hands” 🌌👀

Given the marriage of elite filmmaking talent, rich source material, and Marvel’s nearly perfected production line, Eternals is shaping up to be one of the best — Top 5, even — MCU films of all-time. Book it, you heard it here first. NOW GIVE US A TRAILER, DISNEY!