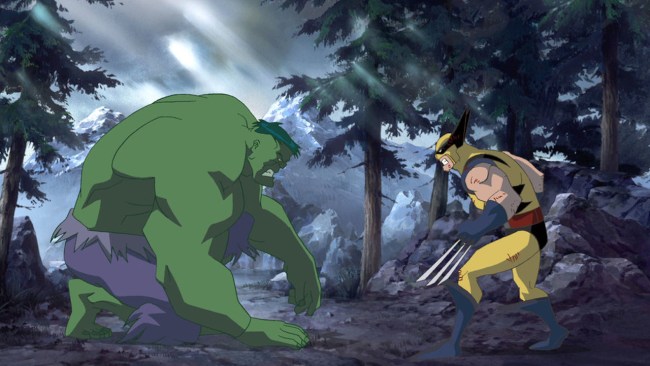 Ever since Disney’s acquisition of Fox became officially, it’s been a matter of when — not if — Wolverine will be officially introduced into the Marvel Cinematic Universe.

Given that various casting rumors — such as Kingsman and Rocketman star Taron Egerton being cast in the role — have begun to hit the internet, odds are that Marvel Studios has already begun the process of fleshing out their version of Wolverine.

And according to recent rumors, Marvel Studios is apparently planning to go all the way in with their first Wolverine outing, as reports suggest a “Hulk vs Wolverine” film is currently in development.

In a Facebook post, ComicBookMovie.com writer Mike Sutton stated that Marvel was developing a film based on the frequent comic book clashes between Wolverine and the Hulk (the rumor has since been picked up by more respected outlets such as We Got This Covered).

Now, while rumors like these are usually a-dime-a-dozen, Sutton has a history of correctly predicting MCU events, as he once correctly predicted that Black Panther would debut in Captain America: Civil War before featuring in his own solo film.

Given that Universal Pictures still owns the distribution rights to the Hulk, using the character as a supporting player — similar to his usage in Thor: Ragnarok — provides a credible workaround to the issue.

Considering that Marvel Studios has already announced their Phase 4 slate — which is set to run through 2021 — the appearance of Wolverine and the rest of the X-Men would likely occur when Phase 5 kicks off in 2022 (don’t sleep on a possible Phase 4 post-credit scene tease, though).

Disney certainly won’t be waiting long to introduce Wolverine, as he may be Marvel’s most famous character this side of Spider-Man. And with Spider-Man no longer in the MCU (for now), Marvel Studios is probably chomping at the bit to introduce a character as iconic as Wolverine.

If you want to get a taste for what a Hulk vs Wolverine story might look like, you can watch Hulk Vs. — an animated two-part movie where he takes on both Thor and Wolverine — on Netflix.