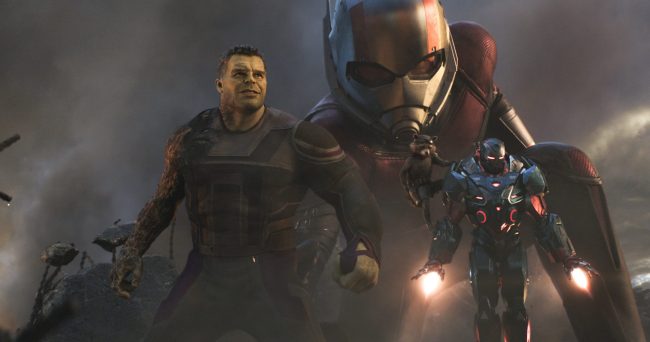 Back in early August, we brought you the report that Marvel Studios’ announcement of its plans for Phase 5 and Phase 6 — which will unfold over the course of the next few years — had the “burnt out” VFX industry feeling “depressed.”

“The whole [VFX] industry seems a bit depressed on the heels of Marvel’s Phase 5 & 6 announcement, specifically because of the insane amount of work it’ll be on its own,” a source told Defector at the time.

It would appear the visual effects industry’s issues with Marvel have been growing for a few years, as a new report from Gizmodo has revealed that Marvel Studios allegedly “forgot” to inform their VFX artists that they were moving up the release dates of both Avengers: Infinity War and Avengers: Endgame.

The worst was when Avengers: Infinity War and Endgame were coming out. They actually bumped up that release by a month but they hadn’t told us. I remember being on the floor with my team and one of my artists comes to me and says, ‘Hey, you see this?’ and he shows me the article saying Marvel bumped the release date up a month.”

Marvel failed to tell the VFX team working on the film that the release date had changed. David went to his supervisor, who also hadn’t heard anything about it. Marvel eventually got back to the studio and said that they had “forgotten” to tell them. “So we found out from a press release that we had one less month to work on all these shots.” [via Gizmodo]

Marvel Studios will close out Phase 4 with the release of Black Panther: Wakanda Forever, which will hit theaters in the United States on Friday, November 11.

Phase Five will then kick off with the release of Ant-Man and the Wasp: Quantumania, which hits theaters in February 2023. Next year will also see the theatrical releases of Guardians of the Galaxy Vol. 3, The Marvels, and Blade.

These films are in addition to a variety of new and returning series on Disney+, such as She-Hulk: Attorney at Law, The Guardians of the Galaxy Holiday Special, a still-untitled Halloween special, What If…?, Secret Invasion, Echo, Loki, and Ironheart, all of which are set to release either this year or next.

RELATED: Marvel Studios Has Overworked VFX Artists So Severely That The Entire ‘Burnt Out’ Industry Is ‘Depressed’ About Their Phase 5 Plans