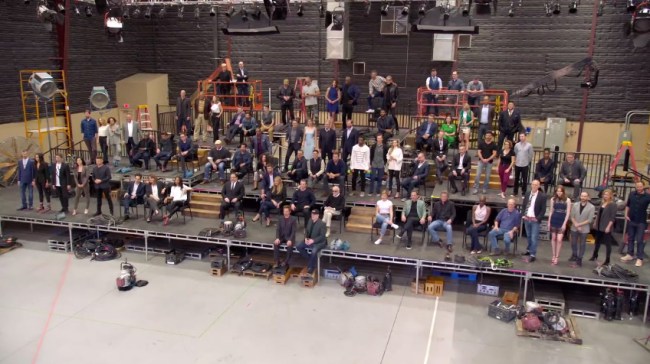 To celebrate the 10-year anniversary of Marvel Cinematic Universe which began in 2008 with Iron Man and has since grown to include 18 films (including Black Panther) and 11 TV shows, more than 80 actors and filmmakers associated with the franchise took an absolutely epic 10-year anniversary “class” photo.

The picture was taken back on October 7th at the Atlanta studio where the Russo Brothers were filming Avengers: Infinity War.

The MCU, which has so far grossed $13.5 billion worldwide, is scheduled to grow to 23 films by the end of 2019 with the releases of Infinity War, Ant-Man and The Wasp, Captain Marvel, one more Avengers movie and a Spider-Man: Homecoming sequel.

None of that even counts all the X-Men, Fantastic Four, Blade, Ghost Rider, previous iterations of Spider-Man, Daredevil and Punisher films, or the upcoming Venom and New Mutants movies.

So, if you thought that when a group of women from Marvel Cinematic Universe got together for a photo was cool (and it was), then this photo with almost 50 Marvel movie superheroes is going to blow your socks off.

Chris Pratt posted the photo Thursday night with a lengthy caption stating he hopes “to work for the studio for a very long time.”

Swipe this next Instagram for a closer look at everyone in the picture.