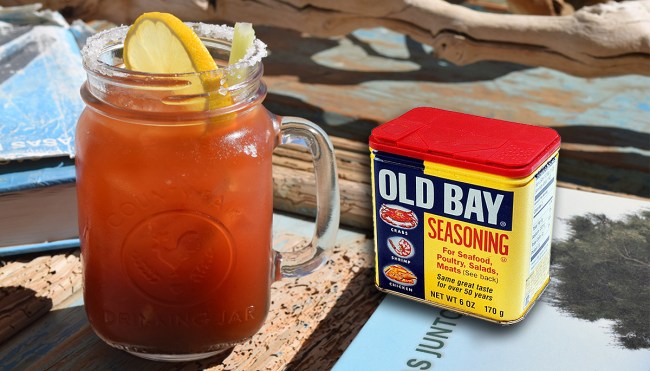 If you asked people from Maryland what their ideal last meal would be, a good chunk of them would undoubtedly opt for a dinner that involves whacking blue crabs covered in Old Bay with a wooden mallet while washing each bite down with some Natty Boh.

The versatile product can also be harnessed in other ways; the Orange Crush might be Maryland’s unofficial cocktail, but it’s also not unheard of to throw some Old Bay (or the hot sauce it inspired) into a Bloody Mary to kick it up a notch.

However, the brand has apparently decided its time to eliminate the middleman based on the upcoming launch of a new product: Old Bay vodka.

In the works since 2019, the Spirit of the Bay will be available mid-March across Maryland & Delaware. Enjoy responsibly!

According to The Baltimore Sun, the new vodka (which is produced at McClintock Distilling in conjunction with George’s Beverage Company) is the product of close to three years of planning and engineering that led to the creation of a spirit that boasts “celery and herbal notes” in addition to a slight heat.

The vodka clocks in at a relatively modest 70 proof and will retail for around $20 a bottle in liquor stores in Maryland and Delaware when it hits shelves later this month (bars and restaurants in each state will also have the chance to carry it).

Arby’s took a similar route last year with the curly fry vodka it whipped up, and while that left a bit to be desired, Old Bay’s seems like it has plenty of potential.