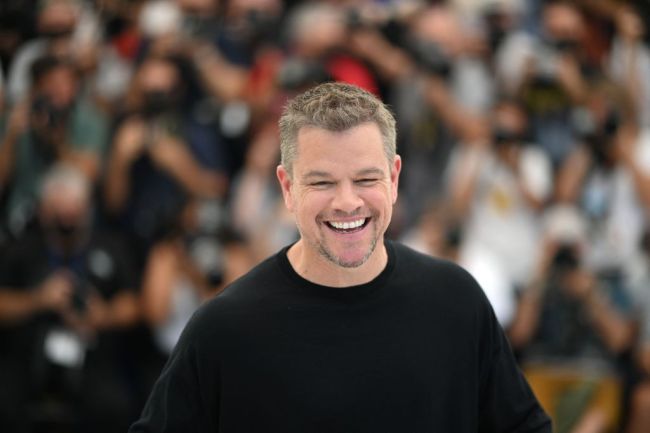 True story: I actually interviewed Matt Damon on Monday. Spoke to him for 10 minutes about his upcoming movie Stillwater. Not gonna lie to ya, it was pretty thrilling — both the movie and an interview. Sort of like an athlete playing in the championship, moments like that are *why* you get into the game. Being able to speak to Matt Damon, inarguably one of the iconic actors of my lifetime, about his work was an undoubted highlight of my career. That interview will be dropping on the Post-Credit Podcast on Monday, by the way, so make sure to keep an eye out for that.

You can hear my brain momentarily break after I say “Folks” as I realize what the next words out of my mouth are about to be.

Given that Damon was doing press for Stillwater, which hits theaters on Friday, July 30, our conversation was contained to that film. The good news for Damon — and I, really, considering it’s the only thing we were able to talk about — is that the move is really good. The bad news, however, means that due to that fact, his daughter may never see it.

During a recent interview with CBS Sunday Morning, the 50-year-old Oscar winner said that his 15-year-old daughter doesn’t watch any of his movies that “she thinks might be good.”

“She doesn’t want to see any movies that I’m in that she thinks might be good. She just likes to give me shit,” Damon said.

“My daughter said, ‘Hey remember that movie you did, The Wall?’ I said, ‘It was called The Great Wall.’ She goes, ‘Dad, there was nothing great about that movie,’” he said, adding, “She keeps my feet firmly on the ground.”

If that isn’t what family is for — keeping your feet on the ground — then I’m not sure what is.

You can catch Matt Damon in Stillwater when it hits theaters on Friday, July 30. Also make sure to check out our exclusive interview with the actor, which is releasing on the Post-Credit Podcast on Monday, July 26.