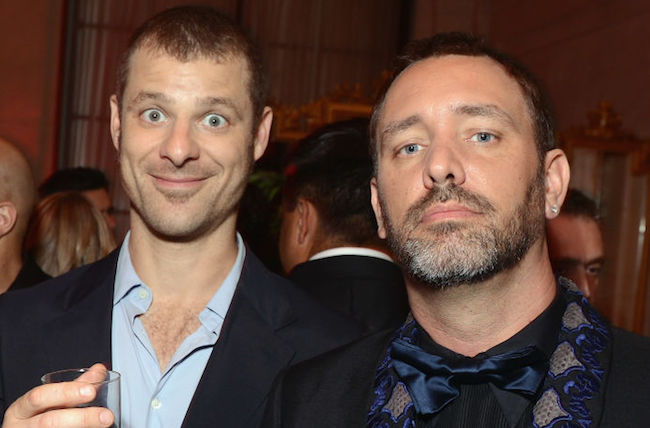 As Dave Chappelle recently noted in his newest standup special that divided critics and audiences, Cancel Culture is currently alive and well and countless people ranging from Kevin Hart to Louis C.K. have seen their careers (at least partially) derailed thanks to some questionable comments and actions.

However, there are a couple of guys who are seemingly immune to the backlash: Matt Stone and Trey Parker, who have been offending the shit out of virtually everyone for over two decades thanks to South Park to a point where people have simply given up on criticizing them.

While I’d argue the past few seasons of South Park have failed to live up to the earlier ones, that didn’t stop Comedy Central from recently renewing the series for three more seasons. However, according to The Hollywood Reporter, the creators of the show are setting their sights on bigger (and potentially better) things in the form of a new movie.

The outlet recently sat down with the duo and Stone said that they’re focusing on a feature film in addition to new episodes of the classic show:

“We think of ourselves as filmmakers, and it’s like, everyone is doing TV now. It’s like, movies, even though the movie business is all fucked up. And everyone will tell you don’t go into movies. We just want to do a movie.”

Stone and Parker kicked off their Hollywood career with BASEketball before following it up with South Park: Bigger, Longer & Uncut and Team America: World Police, the last of which is arguably their magnum opus as far as the trio of movies is concerned.

They didn’t provide any real details about what the movie would be about—Stone said they have some “really fucking killer ideas”—and noted they’d prefer to release it in theaters as opposed to a streaming service, which is obviously all the rage these days.

We might not know anything about the film, but If it’s even half as good as Team America, I have a feeling we’re in for a treat.