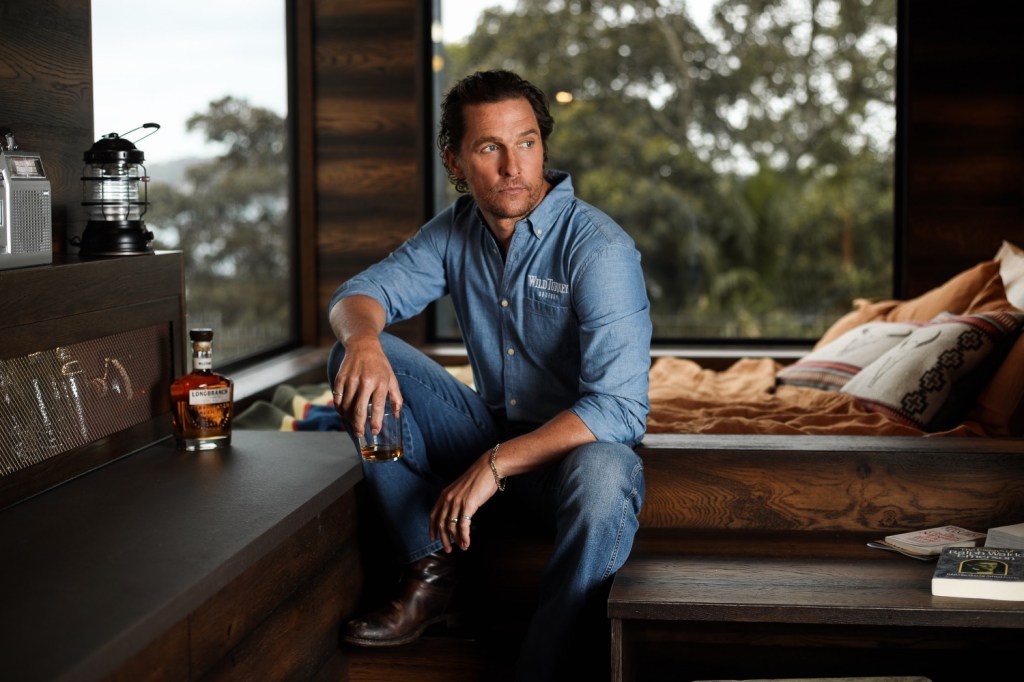 Celebrities have recently taken a public stand against bathing. Nobody asked them to stand up against showering and proper hygiene but one by one, all sorts of A-Listers have made it known they avoid cleanliness at all costs.

The most notable recent instance of this was when Ashton Kutcher and Mila Kunis revealed they don’t like to bathe themselves or their kids. Then others like Bradley Cooper, Cameron Diza, Jake Gyllenhaal, Julia Roberts, one of the Kardashians, Brad Pitt, and plenty of others were outed as anti-deodorant or showering.

One of Matthew McConaughey‘s co-stars on Tropic Thunder, Yvette Nicole Brown, brought him into the ‘no bathing’ discussion lats week after an appearance on SiriusXM. She revealed that he smells exactly like you’d expect Matthew to smell.

He was into this discussion after old reports of him not wearing deodorant resurfaced. It all began back in 2008 when McConaughey was filming Fool’s Gold with Kate Hudson. Matthew revealed that Kate would bring a salt rock for him to rub on his his body since he didn’t wear deodorant:

‘She always brings a salt rock, which is some natural deodorant, and says, “Would you please put this on?” I just never wore it. No cologne, no deodorant. ‘The women in my life, including my mother, have all said, “Hey, your natural smell smells, one, like a man, and, two, smells like you.”‘

In that ancient Playboy interview he stated he does shower multiple times a day and brushes his teeth “up to five times” every day which is insanity to me. All in all, he seems like a pretty clean guy. He just avoids deodorant for 30+ years.

For a guy living in Texas, not wearing deodorant in the Summer could potentially be problematic in that heat. But I’ve heard from people that once you cut out deodorant entirely that smell is different in a few months than the stench you might expect if you accidentally worked out and skipped wearing deodorant on a random day.

Yvette Nicole Brown said that on Tropic Star she he told her he doesn’t have an odor despite not wearing deodorant and she was “going to get as close” to him as possible to see if this was true. Here’s what she discovered:

‘He does not have an odour. He smells like granola and good living. He has a sweet, sweet scent. That is just him, and it’s not musty or crazy.’ (via Daily Mail)

I can only hope that someone someday describes me as smelling like “good living”. I don’t know why, but that even when talking about someone who isn’t using a deodorant that’s somehow one of the best compliments I’ve heard in months.

It seems clear here that not wearing deodorant is working for Matthew McConaughey as he’s one of Hollywood’s most successful actors in the past several decades. He’s also an incredibly welcoming and nice guy. I was fortunate to hop on a Zoom call with him during the holidays last year for a discussion about whiskey and he really is a genuinely great guy.