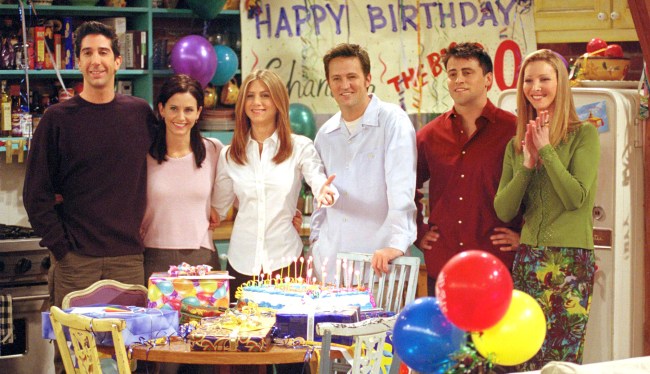 The first trailer for the eagerly anticipated Friends reunion show was released on Wednesday, but all many fans want to talk about is why Matthew Perry’s speech seems so labored and slurred in the video.

Fans also noticed that Perry, 51, appears to stare off into space during the promo for the special which will air May 27th on HBO Max.

As the group discusses what it was like to get the gang back together after all these years, Perry was asked if he took a souvenir from the set when the show ended in 2004.

“I stole the cookie jar that had the clock on it,” he said, with the word stole coming out sounding like “schtole.”

This and other moments in the trailer led to much speculation and concern among the Friends fanbase on social media.

Related: The Girl Who Played Baby Emma On ‘Friends’ Waited 17 Years To Drop A Top-Notch Joke About The Year 2020

Something is not right with Matthew Perry. Speech sounded off, as though he may have had a stroke in the past.

I am dead serious when I ask, is Matthew Perry okay? He sounds like he is under the influence of something or had a stroke. I know he had substance issues in the past... https://t.co/GUA6OCxXqT

I know everyone is thinking about it but few are talking publicly about it. It pains me to see Matthew Perry like this, he just seems off, gazing at the void, speaking slowly... 😔😔 #FriendsReunion

Au contraire. Many people are talking about it.

In more positive news, Jennifer Aniston finally put to rest the one question every Friends fan has been asking for the better part of two decades: Were Ross and Rachel on a break? (Hint: her answer rhymes with guess.)