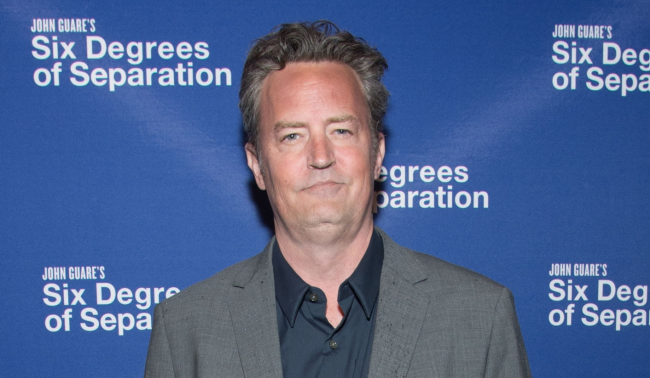 In the video, posted by a TikTok user who goes by the handle @kittynichole, 51-year-old Perry is seen lying down with his head propped up his elbow, asking her in a flirtatious manner, “Do you always touch your hair this much?”

“I guess so,” she replies with a chuckle.

“When you match w Matthew Perry as a joke on a dating app and he facetimes you and plays 20 questions with you,” she captioned the video.

“A lot of people were saying I’m a bully and mean for posting this, and it made me feel kind of bad, but at the same time, I feel like a lot of guys in Hollywood are talking to all these young girls and it’s something that I think a lot of people should be aware of,” the user, Kate Haralson, exclusively told Page Six on Thursday.

Haralson, who said she was only 19 when she matched with Perry, now 51, on the elite app last May, said the “Friends” star asked to move their conversations from Raya to FaceTime almost immediately after matching.

Perry announced last November that he was engaged to longtime girlfriend, 29-year-old Hollywood talent agent Molly Hurwitz, calling her “the greatest woman on the face of the planet at this time.”

Perry is reportedly no stranger to using Raya, as just a few months prior to his engagement announcement, Us Weekly reported that Perry and Hurwitz had broken up and that he was “back on” the dating app and was “messaging girls and getting back into online dating again.”