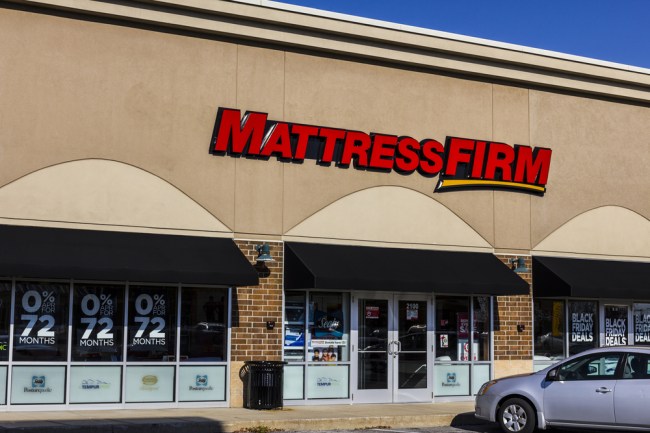 If you spend too much time on the internet, you’ve probably stumbled across a number of batshit conspiracy theories that suck you into a rabbit hole you didn’t even realize you’ve gone down until you snap out of a trance four hours later questioning whether or not Finland actually exists. Unfortunately, some people are unable to find their way back to reality— including Kyrie Irving, whose obsession with Instagram led to him latching onto the Flat Earth movement and claiming dinosaurs never actually roamed the planet.

If you want to get way too deep into conspiracies, there’s no better place to go than Ask Reddit, which seemingly has a thread devoted to the topic every day. On Monday, someone asked people to list the theories they fully buy into, and one user managed to convince a sizeable chunk of the internet that a major mattress retailer is actually a front for a massive money laundering front.

“Mattress Firm is some sort of giant money laundering scheme. I remember seeing 4 mattress firms all on each corner of an intersection once, and there is no way there is such a demand for mattresses.”

Multiple users uploaded photos of areas with a suspicious concentration of stores, including a stretch of Mattress Firms along a road in Illinois: 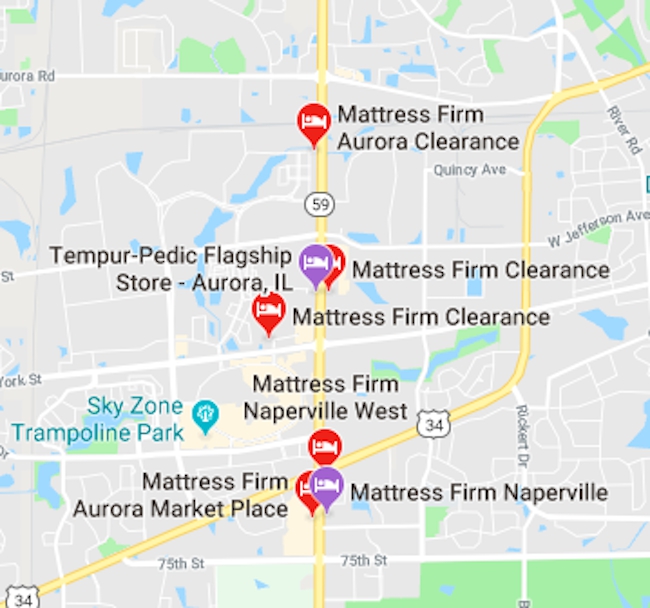 Another poster spotted a suspect cluster in Dallas— including two locations just a couple of blocks away from each other: 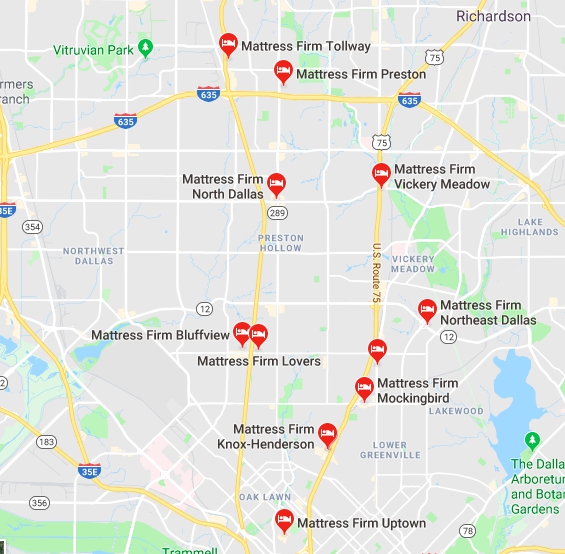 Mattress Firm bought out three of its competitors over the past decade— Mattress Pro, Sleep Train, and Sleep Country USA— becoming the Starbucks of the bedding industry in the process. However, unlike Starbucks, it seems like there’s never more than three people (including employees) in a store at any given time, which led people to believe the locations are used to launder money.

Fuel was added to the fire when a bunch of people pointed out Mattress Firm was purchased by Steinhoff International in 2016, who thought they were being as sneaky as John Turturro’s character in Mr. Deeds before becoming embroiled in a major accounting scandal last year.

The company hasn’t issued an official statement, but its Twitter account showed off their meme game while addressing the theory:

There’s no real way to prove whether or not this theory is true, but my inner Fox Mulder wants to believe.