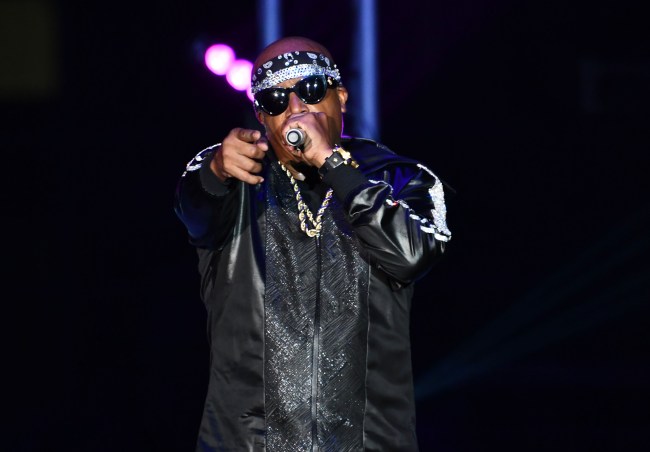 It all started when Hammertime tweeted a link to an academic paper that costs $39.95 to read, is 20 pages of research text + 11 pages of bibliography, and seems so dense that if it were cake, you’d need a sip of milk mid-bite:

A Twitter user named “Drew” didn’t like that very much. He has some issues with the theories put forth in this paper, and he responded thusly:

Philosophy is flirtation with ideas.
Science is commitment to truth.

Little did Drew know that MC Hammer, of “Can’t Touch This” and “2 Legit 2 Quit” fame, would fire back with a level of scorn and dismissiveness usually reserved for graduate school professors at highly respected universities:

You bore us. If science is a “commitment to truth” shall we site all the historical non-truths perpetuated by scientists ? Of course not. It’s not science vs Philosophy … It’s Science + Philosophy. Elevate your Thinking and Consciousness. When you measure include the measurer. https://t.co/hsZzHNwJ0M

Now, reader that I am, I can make neither heads nor tails of what’s being said here. Was Drew’s point really that out of bounds? Are “flirtation with ideas” and “commitment to the truth” fundamentally incompatible? I would have thought that flirting with ideas and committing to the truth were two methods of thinking, or approaching a problem, that might go hand-in-hand. Can’t you see your dad saying this:

“Today, I’m going to flirt with some ideas. But I’ll remain committed to the truth, don’t worry. Nothing wrong with flirting.”

Yeah! That’s something dad would say.

The exchange feels like a “religion vs. science” argument, and maybe it contains some elements of that. Honestly, I can’t tell. We know that MC Hammer was a pastor for years after the music venture stopped covering his bills. Looking through the replies to this exchange (it started trending), most people took it that way too. If that’s true, then “philosophy of science in the sciences”—from MC’s original tweet—must include religious thinking. Or allude to it. Which is frustrating. Just say religion?

Whatever he means, “you bore us” is one of the most condescending things you can say to someone. Feels like something Lord Voldermort would say. If he were wearing tortoise-shell Warby Parkers, staring down the bridge of his nose, dismissing the ideas of some young death eater with the wave of a bony hand.

It’s not even 9AM and I’m struggling to decipher MC Hammer’s didactic tweet replies. Today’s going to be a doozy.