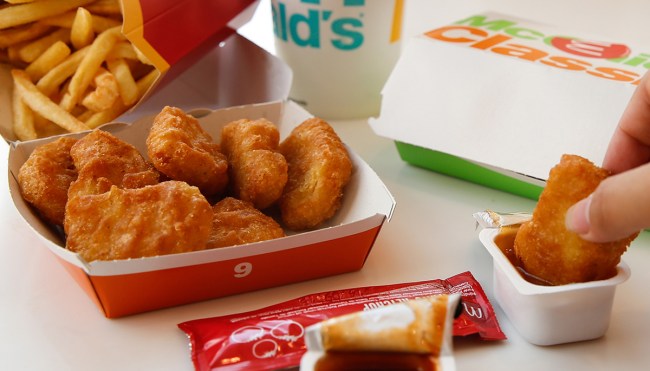 Admitting you like Rick and Morty can be a fairly precarious move; much like you risk being lumped into the same group as Harry Potter People and Disney Adults if you cop to being a fan of either of those franchises, a lot of people are going to assume you find the idea of a man turning himself into a pickle as one of the funniest concepts ever dreamed up.

There is perhaps nothing that sums up Rick and Morty better than the Great Szechuan Sauce Incident of 2017, which stemmed from the show referencing the limited-edition dipping sauce McDonald’s offered as a promotional item in conjunction with the release of Mulan in 1998.

That episode was responsible for some of the most baffling nostalgia-induced pandemonium you’ll ever encounter, as someone shelled out $14,000 to get their hands on a single packet and Deadmau5 dropped one grand more to secure a massive jug of the stuff.

As a result, people were understandably amped when McDonald’s announced it was bringing back Szechuan Sauce for one day only. However, things quickly got out of hand, as some locations were forced to call the police to deal with raucous Rick and Morty fans who flooded restaurants around the country.

Now, McDonald’s has dreamed up a way to potentially avoid similar incidents from unfolding while giving fans of Szechuan Sauce another chance to get their fix.

According to a press release, the condiment will be making its grand return on March 31st until supplies last; anyone who orders McNuggets through the app will have the chance to add a single serving of the dipping sauce for free (if you’re looking to stack up, you can pay more to secure up to five cups per order). 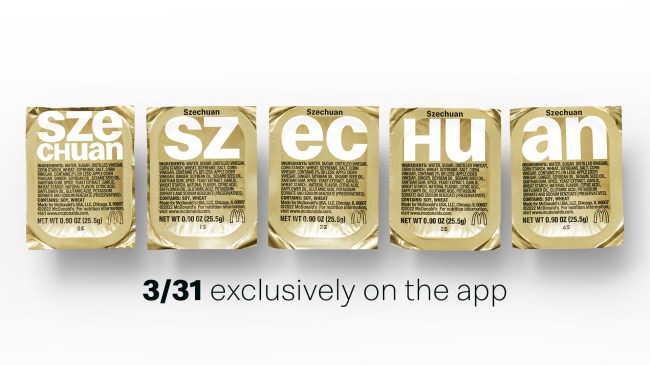 I wish the world the best of luck.