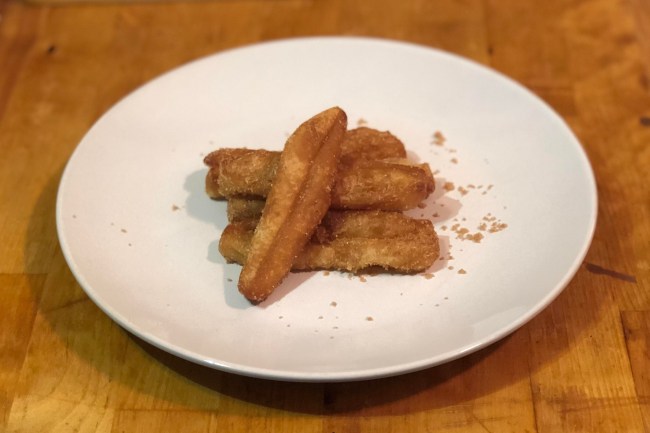 One of the best parts of living in New York City is that you don’t have to wander far in the morning if you’re in search of something to cancel out the repercussions of the terrible decisions you made the night before.

If you’re brave enough to venture outside, there’s a deli on virtually every corner hawking the magical antidote that is the bacon, egg, and cheese, a plethora of stores offering some of the best bagels in the world, and tons of trendy brunch spots whipping up $12 elixirs to help you play through the pain.

However, despite the exhaustive number of options at my disposal, there’s one place I end up at on weekend mornings more than anywhere else: McDonald’s.

McDonald’s breakfast is like a friend that’s always there for you when you need them the most no matter where you are and we’ve developed quite the bond over the years—one that was only strengthened in 2015 when the chain announced it was changing the game by serving breakfast all day.

Since then, McDonald’s has continued to be at the forefront of innovation when it comes to the first meal of the day, like when they recently introduced the world to a few aggressively large sandwiches that tested the limits of my gastric endurance.

A couple a months ago, McDonald’s revealed it was venturing into uncharted territory when it announced it was planning on rolling out donut sticks, which officially hit stores today.

As BroBible’s resident junk food reviewer and McDonald’s breakfast connoisseur, I decided to make the trek to my local haunt this morning to seek out the new treats to see if they could earn a spot in my traditional Saturday morning order.

I stepped up to the register and was asked if I wanted a six or a twelve-piece, because I apparently looked like the kind of guy who needed twelve donut sticks in his life at 10 AM on a Wednesday.

My order was delivered fresh out of the fryer and I dug in immediately before realizing things were not as they seemed. These might be marketed as donut sticks, but I’ve bought plenty of food from women on subway platforms and patronized the Costco food court enough times to know a churro when I taste one.

That’s not to say it’s a bad thing—it’s a chewy, airy dough that was less dense than your typical donut. The cinnamon sugar tasted more like “sugar with some cinnamon” but the sweetness didn’t keep me from devouring all of them in an unhealthy amount of time.

If I had to place donut sticks somewhere in the McDonald’s breakfast power rankings, I’d probably place them between the pancakes and the breakfast burrito. They’re certainly no hash brown, but if you’re looking for some sweetness with the most important meal of the day without going full McGriddle, you could certainly do worse.