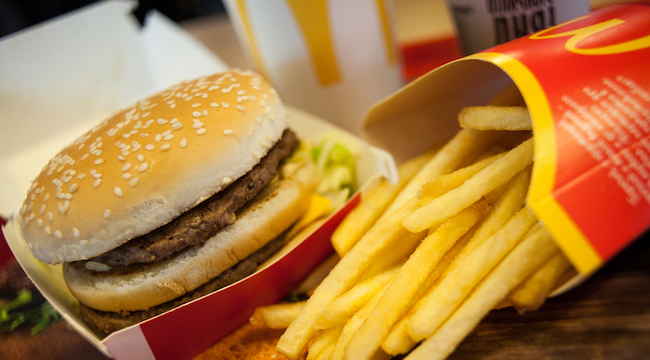 The world was forced to deal with a great tragedy a few years ago when McDonald’s announced it was retiring its beloved Dollar Menu.  The middle finger to inflation allowed generations of people with $7.00 in their pocket to experience what it was like to be rich— if only for a bit.

The company did make it up to us when they finally introduced the all-day breakfast menu, and while you can still get an unhealthy amount of chicken nuggets for an obscenely low amount of money, it’s just not the same.

Thankfully, McDonald’s has seen the error of its ways. On a call to investors on Tuesday, the company announced they would be introducing a new value menu featuring items priced at $1, $2, and $3.

The company has offered some value pricing in the past two years— you can get two Big Macs for $5 if you’re really in the mood to hate yourself— but this will be its first major effort at drawing in consumers looking for a bargain.

According to one self-proclaimed “McD vigilante” on Twitter, the new pricing gimmick might be even more revolutionary than the game-changing  ABD (that’s All Day Breakfast for those of you who aren’t in the industry):

This perhaps is the biggest $MCD news in yrs & has been in development for a very long time. It has the potential to be bigger than #ADB. https://t.co/vZvzv4zmCh