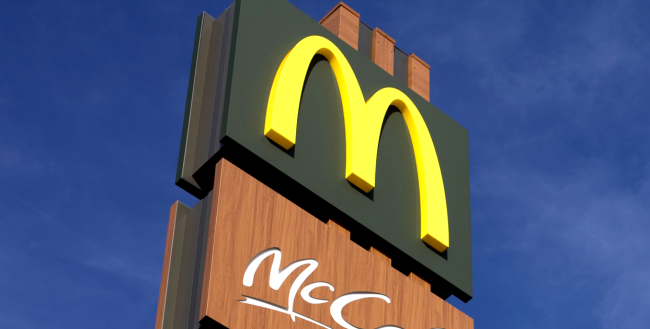 Among the more popular topics on TikTok are fast food-related videos. Perhaps the most viewed of those are clips which show “hacks” for how to get secret menu items, how to get more food for your money, and other hidden or limited benefits.

Right behind those, or perhaps even more viewed on TikTok, are videos that take the viewer behind-the-scenes into the lives of those who work at fast food restaurants.

TikTok videos like an employee having to fulfill a 6,400 item order give us glimpses of what really goes on behind the counter.

Of course, those glimpses sometimes reveal things that shock and/or disgust.

One worker at a McDonald’s (@nnennaaaaa6) has gone viral multiple times with TikTok videos that not only shows what happens behind-the-scenes, they also infuriate many viewers.

For example, one video captioned, “When your manager says shake it make it look full” has been watched over 5 million times.

Viewers of that video left numerous negative comments with questions like “Why not just fill it?”

“I don’t get y’all be so stingy…its not even coming out of your paycheck…I worked to make money to pay you,” one viewer wrote, echoing many others.

Another drink-related video that rustled many jimmies was captioned “When a customer wants their drink filled up.”

As with the previous video, many viewers responded negatively and pointing out that they took just as long to fill the cup with ice as it did to fill it up with a beverage.

“Why not just fill it w/the liquid the paying customer paid for since that’s what you’re paid to do?” one viewer asked. “What’s the point of the pettiness? Just curious.”

In another video, she shows how she uses her employee code on a random person’s order to earn points on her own account, which as many pointed out, is essentially theft.

“I’ll be back for next week’s video after you’ve been fired,” someone commented. It didn’t happen.

“How do you still have a job?” a viewer asked after watching the next video.

Despite all that and many more TikTok videos like them, she’s still somehow employed and living life in the fast food lane. Good times.