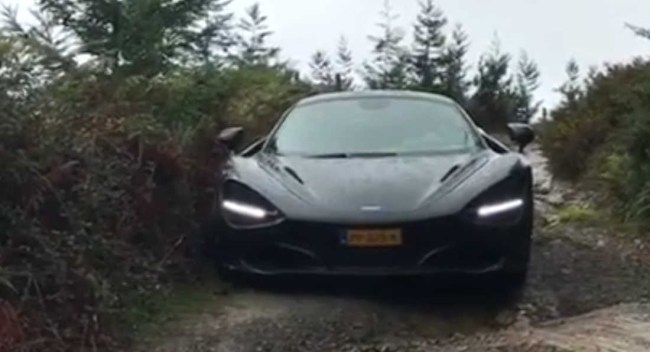 Two weeks ago, some dude attempted to drive their $265,000 McLaren 650S in a snowstorm in Pennsylvania. It did not end up well. The owner of this McLaren 720S should have watched the video of the McLaren 650S struggling mightily in a small amount of snow and realized that they shouldn’t have taken their hypercar off-roading.

The McLaren 720S has a ground clearance of 3.9 inches, not exactly the off-roading beast made for conquering the tough terrain. That didn’t stop one McLaren 720S from taking their $285,000 hypercar off the beaten path. The McLaren 720S attempted to navigate a dirt road and it went about as well as you would expect.

We take you to the Netherlands where a brave or stupid (leaning more towards stupid) driver attempted to cross ruts. You’d probably have more luck trying to put the pedal to the metal and utilizing the supercar’s 4.0-liter twin-turbo V-8 that pumps out 710 horsepower and attempting to fly over the ruts. The video is absolutely cringe-worthy as a car worth more than my house scraps brush on the side of a muddy trail. Why? Just why are you taking your McLaren 720S on a dirt road? You don’t deserve to own a McLaren.