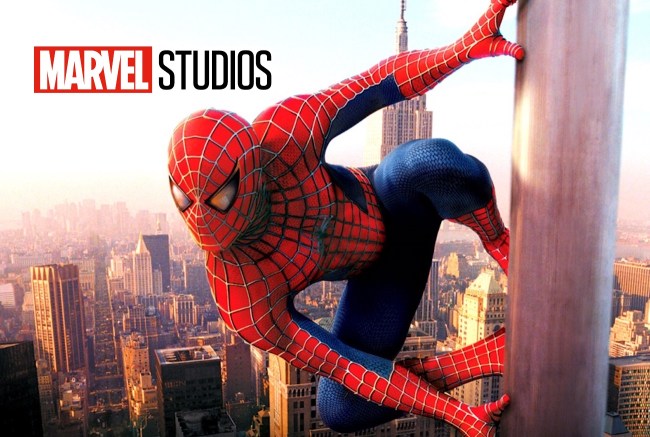 On the Post-Credit Podcast, and in my general life, I like to call something like this a “hits bong theory”. You know, sort of like “put on your tinfoil hat”, but updated and modernized for idiots like you and me. Why? Because life is short and increasingly chaotic so it’s important to make yourself laugh, even at the tiniest of things, no matter how admittedly stupid it may be.

The gist of the phrase is that we’re acknowledging, while plausible, what we’re about to theorize is inherently also a little out there. Similar to watching movies, there’s an element of suspension of disbelief to it. Hitting the bong, as it were.

And when it comes to “hits bong theories”, one of the future MCU projects — whether that be the still-untitled Spider-Man 3 or  Doctor Strange in the Multiverse of Madness — taking place in Sam Raimi’s original, Tobey Maguire-starring Spider-Man universe definitely counts as one. But it’s not as outrageous as you might think.

First and foremost, following the departure of Scott Derrickson as director, Raimi himself was hired by Marvel Studios to direct Doctor Strange 2, which, to me, is a huge, Spider-Man suit-sized red (and blue) flag. Raimi has made just two films since 2007’s OG ‘Spider-Man 3’, neither of which were superhero films. Why would Raimi return to the genre, and more so, why now?

Prior to Derrickson parting ways with the franchise he helped launch (due to ye ole “creative differences”), Doctor Strange 2 was being described as the first “horror” movie in the MCU, which is a tantalizing prospect in and of itself. While this is pure speculation, my guess would be that Disney was not as willing to go as dark as Derrickson wanted to take them. Again, to be clear, that’s just my guess.

Marvel Studios then found themselves in the position of wanting to continue with their vision of making a “scary” MCU movie while also not leaning too far into a genre that could ultimately alienate their primary audience: toy-buying children. Raimi, a legend in the industry thanks to his cult classic Evil Dead series, has already and conveniently proven that he’s able to weave his horror-based style into a mainstream superhero product.

Macro analysis aside, there’s also a case to be made on the micro-level, as there are a handful of plot points that suggest to the MCU could venture into Raimi’s Spider-Man world.

Earlier this month, it was reported that Jamie Foxx’s Electro (the same one from the Andrew Garfield Amazing Spider-Man franchise) AND Benedict Cumberbatch’s Strange had signed on to appear in Spider-Man 3. Not to mention the fact J.K. Simmons’ J. Jonah Jameson also popped up at the end of Spider-Man: Far From Home.

As I argued on last week’s podcast, it wouldn’t make sense for Doctor Strange to simply insert himself into Peter Parker’s life — there has to be some sort of catalyst for the pair to cross paths. And what better catalyst is there than the discovery of another Spider-Man? The Cumberbatch reports indicate that Strange will now be serving in a mentor role similar to the one Tony Stark occupied prior to his death in Avengers: Endgame, so perhaps he’s doing so due to the knowledge of what’s happened to other Spider-Men.

At this stage, it’s almost guaranteed we’re getting either Garfield’s or Maguire’s (or both) Spider-Man in a future film — I simply don’t believe they’re going to have villains hopping through the multiverse and not the heroes themselves — so I see no reason why they wouldn’t maximize the chaos of such a crossover and not only feature other heroes but the universes they come from.