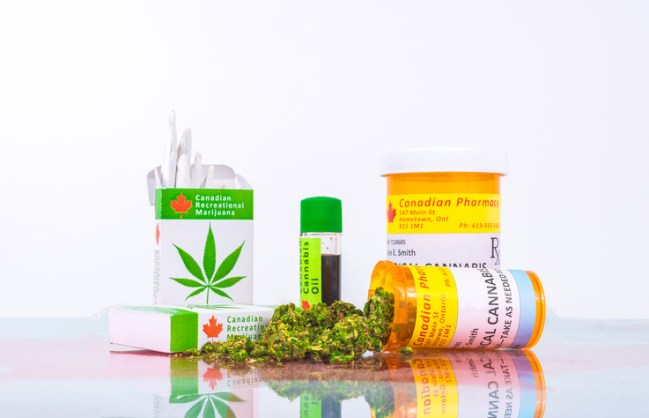 I’m going to give it to you straight. The concept of “medical marijuana” is somewhat of a long con that was devised decades ago by the cannabis advocacy community to help further the legalization movement. The primary ethos behind this scam, if I’m permitted to use such harsh terminology to describe this highly motivated movement, was that if the outlaws could somehow convince the squares, the legislative hacks and eventually even that portion of the American public still under the spell of reefer madness that marijuana is, in fact, medicine, well then, the whole scene would finally have the freedom to get legally stoned under the guise of health and wellness.

Die-hard cannabis purists today would have you believe that smoking weed is no longer about getting high – it’s about showing compassion for those patients in need, it’s about CBD, it’s about the little children who are suffering from violent seizures.

Sweet Jesus, what a load of crap!

There is no way in hell anyone is ever going to be able to convince me that those evil little boogers commonly referred to as dabs were invented for anything other than the quest for the eternal buzz. And cannabis edibles, while some of my favorite pot products on the scene, are as close to interstellar travel as anyone can get without being employed by NASA. I mean, they’re fun and all, but that’s not medicine – it’s herojuana.

But hey, I’ve got to hand it to them – they pulled it off to some degree. Now, more than half the states in the U.S. have some kind of medical marijuana law on the books. What’s more is these stoned soldiers have convinced everyone and their grandmother that weed is some kind of super healing herb that contains restorative hocus pocus to cure every vile sickness known to man from the common cold to cancer. And if you die, never fear, this plant is so powerful it can even resurrect the dead.

Look, I’m not trying to say medical marijuana is completely bogus. There is some anecdotal evidence that shows it is beneficial in the treatment of a handful of ailments, including insomnia and nausea. But let’s face it – the cannabis community has overly inflated the reach of this plant. I’m not mad at them for perpetuating the bullshit or anything. Whatever it takes to get this recreational drug dragged out of the trenches of prohibition and put into retail stores, I’m all for it. More than 60 percent of the population supports this, as well.

It is worth mentioning that this is not the first time an intoxicating substance has been touted for its medicinal application in an effort to gain public support and build credibility beyond just getting the people fucked up. Booze, just like the cannabis plant, has a lengthy history of being revered for its ability to make the world a healthier place.

Scientists have found that alcohol was used thousands of years ago in ancient Egypt as a delivery vessel for medicine. Later, sometime around 400 B.C. Greek physician Hippocrates pushed wine on his patients, as a means for keeping their minds and spirits strong. There is even mention of booze in the Bible. The passage (Timothy 5:23) advises people to get off the water and start drinking wine to help heal their “frequent ailments.”

What’s funny is booze was a product of the medical scam long before cannabis. Believe it or not, alcoholic beverages were even advertised as a remedy for the plague back in the 16th century. For the record, booze does not have the power to cure this disease.

Fast forward several hundred years and alcohol is still being pushed for its medicinal benefits. Pabst Blue Ribbon, one of American’s first booze brands, once marketed their beer to people suffering from a wide range of ailments, including indigestion to nervousness. The brewer also claimed that the beverage was an effective remedy for a common condition called “overworked.” 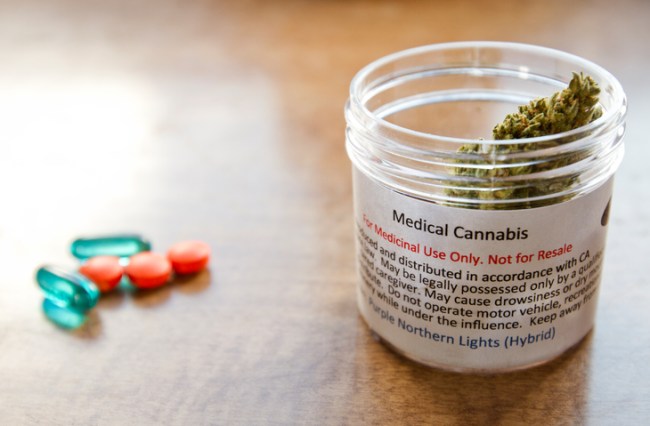 It wasn’t long after when Anheuser-Busch came out with a low-alcohol concoction that was marketed to new moms and their babies. The spiel was that the beverage could help newborns stay “healthy and plump” while offering “endurance and quick restoration” for mothers.

Interestingly, during the days of alcohol prohibition in the United States, doctors were prescribing hooch to patients suffering from conditions ranging from depression to cancer. This was the only way people could get their hands on legal booze. But like the medical marijuana scam, the concept of medicinal booze was mostly a con, according to a report from The Smithsonian. It was one that eventually came crumbling down the second the U.S government repealed prohibition and finally allowed alcoholic beverages to be sold for recreational consumption once again.

But the 21st Amendment allowed beer, wine and spirits to be used by adults however they saw fit. It can be argued that while nobody in 2018 really believes alcohol has any medicinal function, it is still helping more Americans keep their sanity, deal with anxiety, have better sex and just stay happier than they ever would have without it.

I’m guessing this is the message cannabis advocates will eventually adopt once the federal government finally allows weed to be cultivated and sold in a manner similar to booze. “Oh shit, so, like, okay, cannabis doesn’t really cure cancer. Sorry that so much of your family died painful deaths while refusing legitimate medical treatments. But the good news is, now you can get you legally high and try to forget those bastards ever existed.”

In the grand scheme of the cannabis discussion, the only logical next step is to disregard all of this medical marijuana business and start thinking in terms of full legalization. The cannabis industry is already pushing to rival the alcohol and tobacco sectors. It wants to sell weed to as many adults as possible, not just sick people.

In addition, Canada is set to launch its fully legal recreational pot market in a matter of weeks, while more states, like New York, could soon join California and eight other states in running a taxed and regulated market.

And while there may be those conservative cannabis enthusiasts out there who would like to protect the sanctity of their precious medical marijuana programs, the truth is there will be no more use for them as soon as pot prohibition dies in the United States. However, I sincerely appreciate your commitment to the con that helped get us to this point.