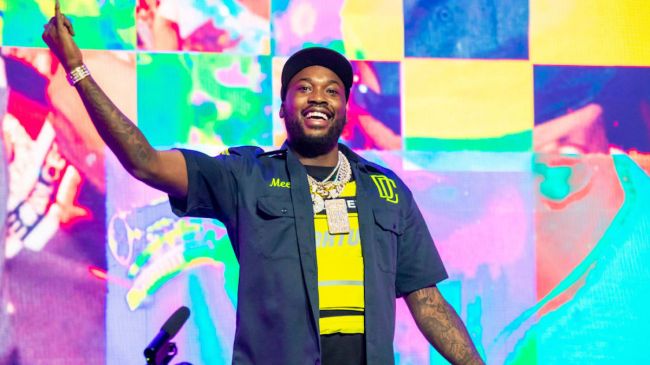 I feel like I can remember the exact moment Meek Mill became the constantly meme’d rapper that he is today. It was back in college, a little less than a decade ago at Rutgers University (that sentence makes me NAUSEOUS) when Meek was dating Nicki Minaj.

As I recall — and, again, it was a lot of years and even more beers ago — Meek had called out Drake (who famously had a crush on Nicki Minaj) for using a ghostwriter, and that’s how their beef began.

At the time, Meek was easily seen as the more vicious rapper, leading fans to believe that Drake — who had yet to put a foot wrong in his career at that point, with his most recent album being Nothing Was The Same — was perhaps going to get exposed by the Philadelphia M.C.

Instead, Drake dropped “Back to Back” and thoroughly trounced Meek in their beef, and from that point on, it’s felt like everything he does gets turned into a meme. And that’s a shame, because as far as I’m concerned (and take this with a grain of salt, as music is my biggest pop-cultural blind spot), he remains a supremely talented rapper. It should also be noted that the pair squashed their beef a few years later and reunited for the single “Going Bad.”

meek mill is not human pic.twitter.com/WaDGT08fHQ

Unfortunately for Meek, though, the guy can’t seem to get out of his own way, as the artwork for his new album “Flamerz 5” is being roasted for perhaps being the worst of all time.

Meek Mill with probably the worst album cover of the year pic.twitter.com/P8WZ1Shmhc

He made this in his notes app https://t.co/Xd5krNQ4At

This is actually so on brand cos of who he is 😭 https://t.co/ffK0zEXhNz

Wtf is wrong with him https://t.co/XnqKEAjeYJ

What is this guy doin https://t.co/29MFMVcoLJ

According to Meek, “Flamerz 5” will drop two weeks from the time of this writing on about November 14.

RELATED: Meek Mill And Jay-Z Pitched In To Buy Robert Kraft A Bentley For His 80th Birthday And His Reaction Is Amazing