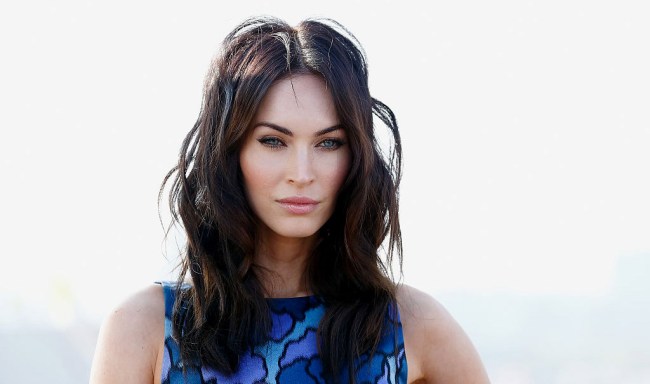 Actress Megan Fox will be bringing her unique takes on history and conspiracy theories to a new show on The Travel Channel tentatively titled Mysteries and Myths with Megan Fox. The show will be a four-episode hourlong series and Fox will be co-creator, host and executive producer. Production on the show is scheduled to begin in June, with a premiere planned for sometime later in 2018.

When I say her “unique” takes, I mean UNIQUE. Megan Fox has long held (conspiracy) theories about certain historical events and ancient cultures. In other words, she doesn’t believe what historians and archaeologists have laid down as gospel for how certain things in history happened. Her qualifications for trying to debunk this long-standing and well-documented historical data is… umm… she was in Teenage Mutant Ninja Turtles?

“When it comes to debunking the myths around some of our greatest historical mysteries, Megan Fox’s passion for discovering the truth is just visceral,” Henry Schleiff, Group President of Investigation Discovery, Travel Channel, American Heroes Channel and Destination America told Deadline. “We are as delighted to have her fresh and unbiased perspective on these events as we are to have Megan in our Travel Channel family.”

Henry may or may not have seen Transformers one too many times.

As for Fox, she says, “I would describe myself as a seeker. A seeker is someone who is never content to have obtained enough knowledge. History only gives us a one-sided view of the truth. That’s something I know from personal experience. My own history has been rewritten by other people who had a vested interest in changing the narrative. I haven’t spent my entire life building a career in academia so I don’t have to worry about my reputation or being rebuked by my colleagues, which allows me to push back on the status quo. So much of our history needs to be re-examined.”

Needless to say, people who HAVE spent their entire lives building a career in academia are utterly pissed about this new show.

“To me, this clearly shows she has embraced the idea that professional archaeologists are too narrow-minded to see the truth,” David S. Anderson, an archaeologist who specializes in debunking pseudoarchaeology, told Inverse. “It is a touch offensive to the profession, but sadly, it is also a vast misrepresentation of the profession. New ideas are constantly being introduced and debated. The field is very active and flexible, the characterizations of it as narrow-minded are clearly pejorative views that originate outside of the field, by those who have little familiarity with what goes on inside of archaeology.”

But hey, don’t let him dissuade you, Fox certainly knows what she’s doing. Keep in mind just a couple of years ago she explained how she has magical powers, or something, to the Los Angeles Times.

“Sometimes I just know things,” she explains. “I accidentally tap into stuff sometimes. I used to do it as a kid, and I do it as an adult. I crossed over and saw a future string.”

String, as in string theory. Fox is into stuff like that. She’s also spiritual. On her Instagram profile, she describes herself thusly: “Child of the Cherokee Tribe … forest nymph … Lunar Leo mother goddess to 2 bohemian revolutionaries-my kamikaze free spirit & my peaceful warrior.”

It was during this interview that Fox also said the Great Pyramid was never actually a tomb, but some type of energy plant and the sarcophagus that is in the pyramid was put there by the government for tourism.

Oh, and there was this quote…

“I think people, in general, are plebeians that are brainwashed by the type of media that they expose themselves to. … People anticipate a shallowness [from me]. They anticipate a self-centeredness and a lack of self-awareness. It doesn’t … matter what I say, or how eloquent a speaker I may be, or how positive my intentions may be. I’m going to be made into what people desire me to be. At this moment, they might desire to exalt me onto a pedestal. But the next? You’re a human sacrifice. The control is not in my hands.”

This show is going to be so good.