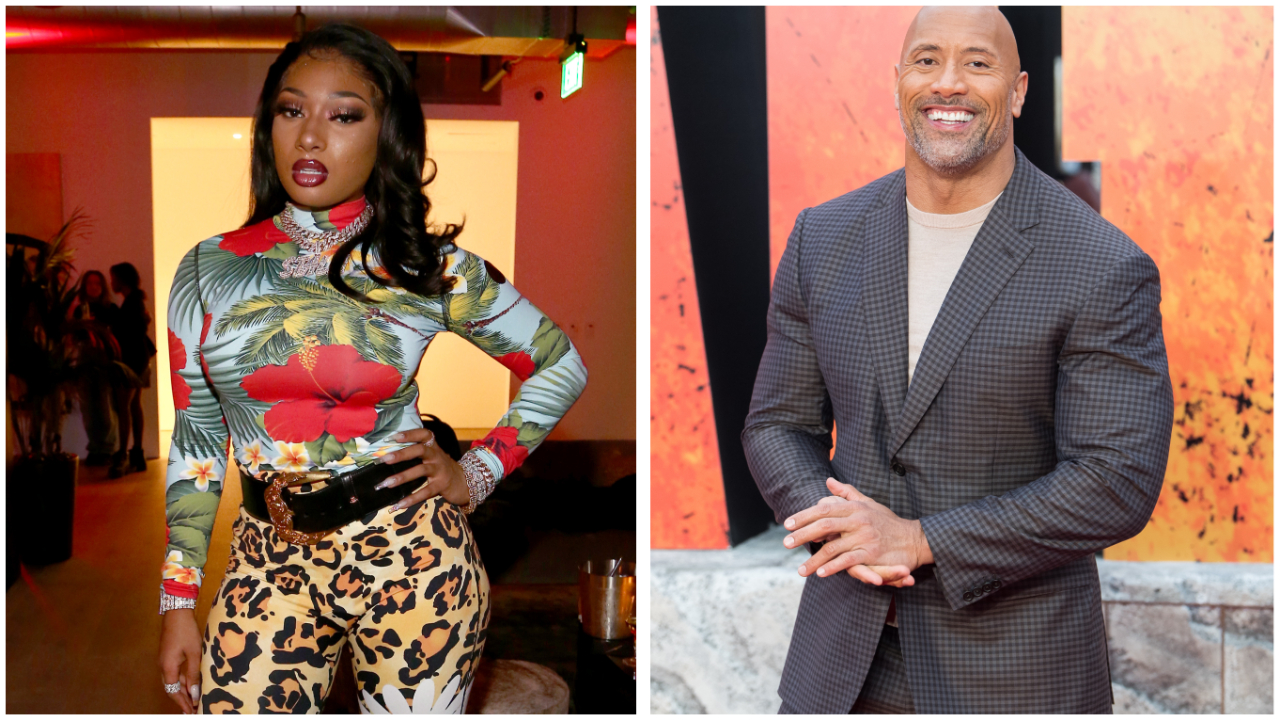 Megan Thee Stallion has reacted to the viral clip of The Rock thirsting over her.

While promoting his new movie “Super-Pets” with Kevin Hart, The Rock quickly answered that he would love to be Megan’s pet when asked which celebrity he would like to be a pet for.

not Dwayne "The Rock" Johnson saying he'll be Meg Thee Stallion dog when they asked him who celebrity dog he'll be . LMFAOOOOO I FEEL YOU MY BOY . pic.twitter.com/bzqsqerqHX

The clip immediately went viral, prompting Megan’s boyfriend Pardi to appear to fire a shot towards The Rock over the comment.

“All our dogs named after #s. Just teach your wife to use seasoning … You’ll be iiight … Moana is the s**t tho,” Pardi wrote in a now-deleted comment on Instagram.

Magen was asked about The Rock’s comment during a radio interview and she appeared flattered by the whole thing.

“I mean, that’s kinda, like, legendary,” “I’m kinda epic. I feel like I used to watch wrestling all the time and, like, being from Houston and watching The Rock and how famous he is and how much of a megastar he is. And he wanna be my pet? Like, period. We made it. We might be a little famous.”