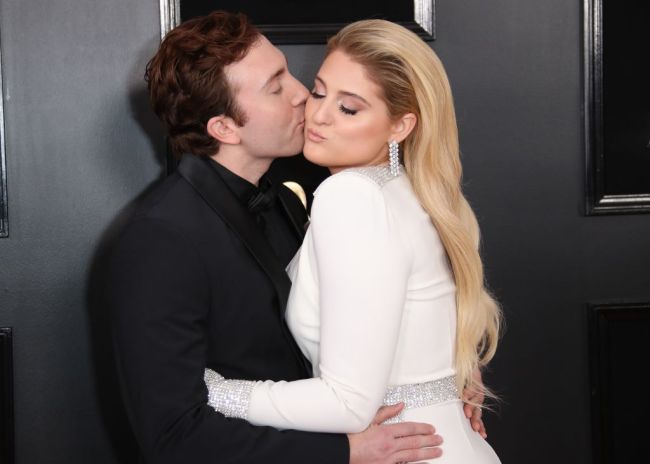 As a man who cohabitates with his significant other, the opportunity for Alone Time is receding faster than my metabolism.

Foresight and creativity are two skills necessary to achieve this rare utopia. Sometimes I’ll tell my betrothed I have a doctor’s appointment, drive to my high school, polish off a 40 on the 50-yard line, and envision scoring the game winner against Everett. At this point, she must think I’m battling a chronic illness.

But mostly, I’ll just beam iPhone light into my eyes until my legs fall asleep on the toilet. She must believe that chronic illness is Chron’s disease.

I know I cannot be the only one fighting the futile battle for his own autonomy, so I’m confident most of you will be as aghast at this news as I am.

Meghan Trainor, the singer/songwriter of “All About That Bass” fame, recently revealed on the “Why Won’t You Date Me?” podcast that she and her hubby, Daryl Sabara, have purposely constructed two toilets within inches of each other.

“We just got a new house, and we did construction. Nobody knows this, but in our bathroom, there was one toilet, and a lot of time in the middle of the night when we’re with the baby, we’ve got to pee at the same time. So I was like, ‘Can we please have two toilets next to each other?’”

The 27-year-old admitted that the construction contractor initially thought she was joking, as any reasonable person would,  but ultimately conceded.

“We got two toilets sitting next to each other, and we’ve only pooped together twice,” she said, adding, because it “smells foul.” “We pee at the same time a lot.”

Trainor’s brother Ryan, who also appeared on the podcast, said he wants to “avoid” a relationship like Meghan’s “at all costs” because she and Daryl are so intertwined.

“You guys are weirdos, bro,” he said to Meghan. “They poop together. She’s pooping and Daryl’s like, ‘I’m going to go hang out with you now!'”

If this is the secret to a healthy marriage, I plan to take the DiCaprio approach.