Do Men Really Spend More Time On The Toilet Than Women Or Is It Just A Smear Campaign? 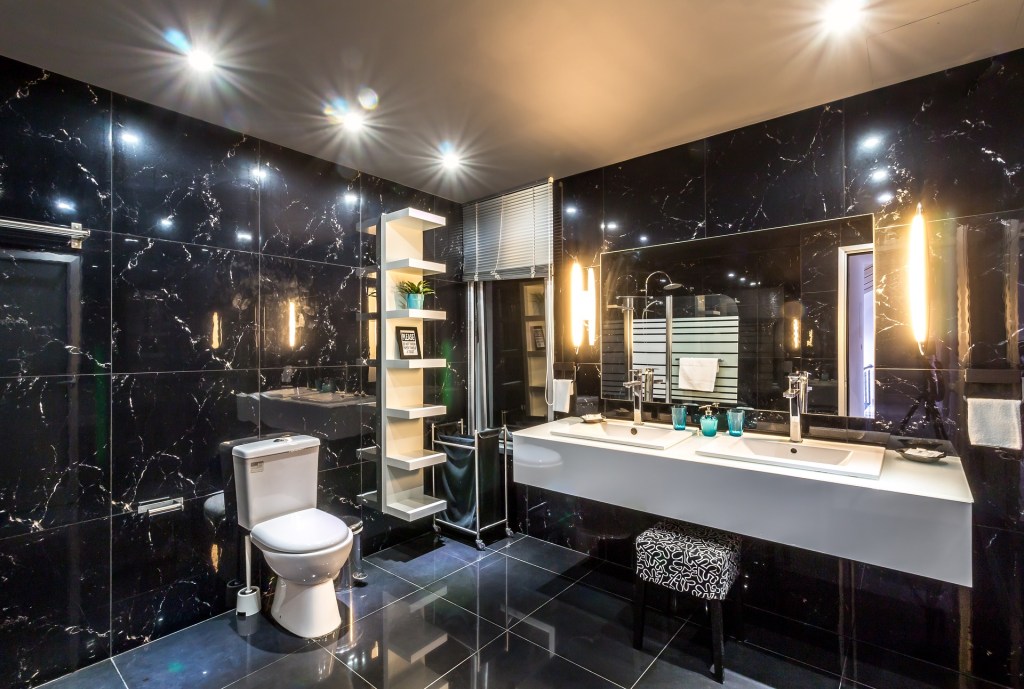 Everyone wants to sit on the throne. At least until someone accuses them of spending too much time with their pants around their ankles. In the latest battle of the sexes, Americans are arguing about who puts in more time in the crap shack: men or women. This poo dispute is presumably ending relationships, tearing families apart, and even making some people giggle. Sure, it’s good to be king (or queen), but nobody wants to wear the crown in the Kingdom of Crud.

Anyone who has ever finished off a long night of drinking with a bag of tacos, a guacarito, and an extra-cheesy burrito torpedo or any other combination of bowel stirring cuisine understands the importance of taking a few extra minutes during their morning dump. Patience is a virtue when trying to recover after having your insides obliterated by hot sauce packets, which can make it necessary to loiter in the loo until the old asshole is stable and accepting of pants. Still, the controversial debate over whether these long-distance fiber recyclers are mostly men or women has gone unsettled. Fortunately, we have the scoop on poops.

One poll suggests that it is, in fact, men who spend more time romancing the throne. The survey, which was conducted by a retailer of bathroom supplies, shows that guys are on the pot around 14 minutes a day, while women ride it for about eight. But it’s not like a team of scientists stood around watching the defecation habits of thousands of men and women to draw this conclusion.

The results aren’t exactly reliable. After all, science tells us enough about the plumbing of the people that we can draw conclusions of our own. While men can take a crap basically on command, women are built differently. They have more internal equipment than dudes, making it harder for those cheeseburger sliders they had for lunch to live up to their name. It’s the reason they often complain about bloating without drinking the required 16 beers that it usually takes to inflate men. Technically, women should need more time to doo the doo.

But just because it takes women longer to produce a dook wreath doesn’t mean she needs more time to hang it. According to a study published in the National Library of Medicine, most healthy humans can essentially squeeze out a sewer snake on the porcelain dump truck in a little under three minutes. Researchers say the mucus lining in the large intestine is the determining factor for making some people faster crappers than others. If that sucker is slicker than snot, all of that digested food just kind of shoots out without much effort at all. It’s when it dries up – perhaps during periods of dehydration — that those poops get thick. Still, none of the evidence shows that the greasy asshole theory is any different for men than women. It just doesn’t fecal matter.

The duration that men spend in the bathroom probably has less to do with how much they’re pooping and more to do with their extracrapicular activities. As we previously mentioned, most of us can drop a deuce in a little under three minutes. So how are guys spending the remaining time?

One study shows that they are using it to educate themselves through the lost art of reading. Researchers say that 64 percent of men read on the toilet compared to 41 percent of women. Now, they didn’t say we were in their reading James Joyce or Hemmingway. Everyone knows that the shitter is where many dudes venture off to gaze at the ‘hubs’ and scan those hot text messages they get from other women.

But there is no denying that the bathroom is where the hairy persuasion goes off to think and perhaps ponder his life choices. It’s the one place in the house where he can find sanctuary away from the wife and his screaming kids. It’s where he can wallow in regret and plan an escape. Sure, men are using their bathrooms like a home library, but sometimes it’s just the best place for a cry. Some of the best moments in the day for a bruised family man is taking a massive dump and then spending a few minutes mindlessly gazing at his phone for a new beer to sample or planning a trip to Costa Rica. Not all of us are up to no good in there, so please leave us alone if we take longer than usual. It’s cheaper than therapy.

But if you’re spending more than a few minutes in the bathroom struggling to take the turtle out for a swim, you might have serious digestive problems. Research indicates that the average human really shouldn’t spend any more than five minutes on the toilet at a time. If you do, there’s an increased risk of developing hemorrhoids or anal fissures. By the way, those are tears in your ass. The key to crapping efficiently is to consume a healthy diet full of fruits and vegetables. Drinking plenty of water is also recommended. Then, and only then can you go from pitching for the Blocked Bros in the poo-poo league to the Shit Sprinters.