Busted! Guy Caught Trying To Smuggle 194 Pounds Of Mexican Bologna Over The Border 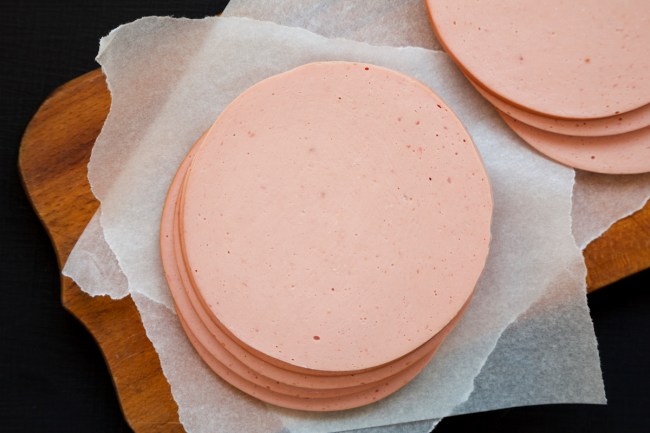 Looks like we’ve got ourselves a good old fashioned border patrol bust. But this wasn’t the typical smuggling attempt involving guns, drugs, or Menudo bootlegs.

According to Customs and Border Protection, a 49-year-old New Mexico resident – likely with high blood pressure from so many cured meats – was caught by authorities at the Columbus port of entry trying to smuggle the Big B into the country.

Man busted trying to smuggle 194 pounds of Mexican bologna into the US https://t.co/50Gc4KF1RA pic.twitter.com/nfXEcTQjwV

The real question has yet to be answered. What’s a man going to do with 194 pounds of Mexican bologna? Is this meat for resale or personal use? Is there black market value to Mexican bologna here in the states?

And is Mexican bologna superior to American bologna? American bologna is, as we all know, the dumpster fire of processed meats. If you’re eating bologna on the regular you’re either in middle school, broke, or lost all sense of taste doing Jager bombs in college.

So is there something about Mexican bologna that makes it a culinary delight? Are the lips and buttholes of Mexican cows more delicious than American bovine?

CBP agriculture specialists patrolling the border crossing discovered 22 rolls of “contraband bologna” in the back of his 2019 Nissan Rogue. The definition of a rogue is “a dishonest or unprincipled man.” Well played, Mr. Bologna. Well played.

Customs and Border Protection does not allow bologna across the border since it’s made from pork. The meat can potentially introduce foreign animal diseases to the US pork industry should this bologna start banging American bolognas.

Authorities “confiscated and destroyed” the black-market meat. I hope they destroyed it between two pieces of fresh-baked bread.