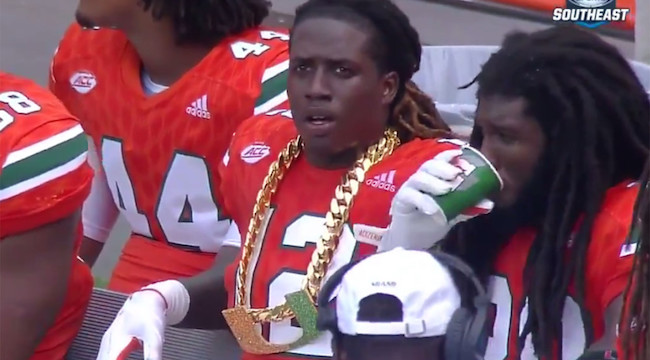 There have been plenty of things to get amped up during this college football season, but there’s nothing that’s gotten me more excited than the Miami Hurricane’s turnover chain. If some of the photos I’ve seen floating around are any indication, I’m far from the only one.

The chain has been donned 24 times by 13 different players over the course of the season, and if last week’s performance against Notre Dame is any indication, those numbers are just going to keep rising. When you see how players react after a takeaway, it’s clear that the chain is an incredible motivator, but they’re not the only people inspired by it.

The Miami Herald reports one of Florida’s best breweries is now planning on making a beer based on the beloved chain. J. Wakefield Brewing recently announced the upcoming release of Turnover, a citrusy New England Style IPA with a golden hue designed to mimic the color of the chain. 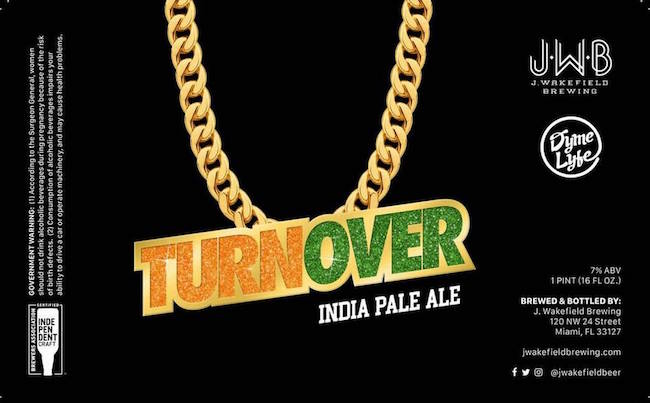 The brewery has teamed up with D.J. Williams, a former Hurricanes linebacker who graduated in 2004. Williams’ Dyme Lyfe clothing company has been producing a variety of products emblazoned with the signature chain, and brewery founder John Wakefield said the collaboration was a natural fit:

“I was gonna do this beer anyway just as a Canes fan but I know D.J. had been doing the shirt, so what better way to do this than to get with D.J. and do this as a tandem and really make this a city of Miami beer.”

The beer won’t be available for at least a few weeks, but the brewery plans to hold a launch party for the beer on December 9th. IPAs are generally better when they’re fresh, but fans of the U might want to keep a few on hand to celebrate a potential championship when January rolls around.