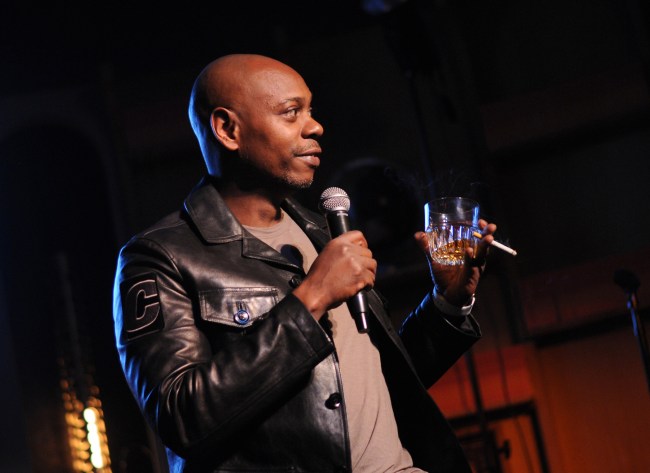 It’s been less than 24 hours since Dave Chappelle’s stand-up special Sticks & Stones was released on Netflix and there are a bunch of angry people who want to speak to a manager.

Defending Louis CK. Criticizing the #MeToo movement. Pissing off the LGBTQ+ community. Mass shootings. He covered all the taboos.

Arguably his most controversial bit was calling into question the credibility of James Safechuck and Wade Robson, the two men who alleged in the documentary Leaving Neverland that Michael Jackson sexually abused them as children.

‘I’m going to say something that I’m not allowed to say. But I gotta be real. I don’t believe these motherfuckers. I do not believe them.”

Chappelle then imagines a scenario in which MJ is guilty, claiming that the victims should have embraced it.

“I mean, it’s Michael Jackson. I know more than half the people in this room have been molested in their lives, but it wasn’t no goddamn Michael Jackson, was it? This kid got his d–k sucked by the King of Pop. All we get is awkward Thanksgivings for the rest of our lives. You know how good it must have felt to go to school the next day after that s–t?”

“I know it seems harsh, but somebody’s gotta teach these kids — no such thing as a free trip to Hawaii. He’s going to want to look at your butthole or something.”

James Safechuck caught wind of Chappelle’s jokes at his expense and responded, via TMZ:

“I’m heartbroken for all those children who look to see how they will be received when they finally find the courage to speak out about their sexual abuse. I just want to reach out to other survivors and let them know that we can’t let this type of behavior silence us. Together we are strong.”

“He can say whatever he wants. It reveals him, not us.”

“Although Mr. Chappelle is entitled to his opinions, however misinformed they may be, it’s unfortunate that he has chosen to use his platform to shame sexual abuse victims, and spread his ignorance of sexual abuse and the way it is perpetrated upon children, in an attempt to resurrect his career.”

There is a 0.00% chance Chappelle will issue and apology. That would fly in the face of everything he stood for in his latest special.