Michael K. Williams Showing Anthony Bourdain Around Brooklyn Is A Painful Yet Required Reminder Of What We’ve Lost 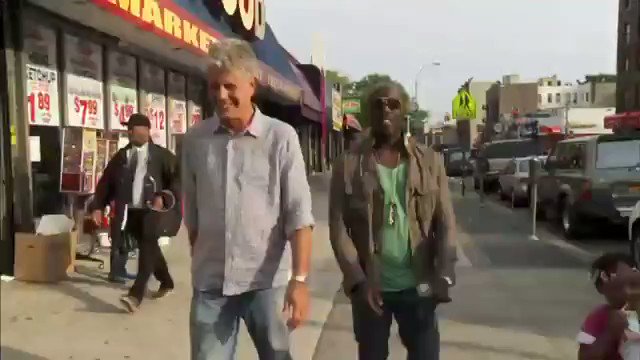 I’ve never seen The Wire. Whenever people ask me what I think the best television shows of all time are, I’ll usually list Breaking Bad and The Sopranos before peeling their caps back with The Leftovers in third place. The source of their shock, of course, comes from the fact that The Wire remained unmentioned, as the HBO epic about Baltimore’s streets is widely considered to be on the Mount Rushmore of television series. Despite having never seen the show, though, I knew just how titanic Michael K. Williams — and his performance as Omar Little in that series — was. And now, with Williams tragically gone, I can promise you this: The Wire won’t remain in my pop cultural blindspot for much longer.

Following Williams’ passing, various moments and clips have gone viral, from footage of him geeking out at the Criterion Collection a decade ago to him dancing like no ones watching to him soaking up praise from his The Wire co-star Wendell Pierce. The clips that have affected me the most, though, are the ones of him roaming the streets of New York City with the also late, great Anthony Bourdain.

While it’s now been over three years since Bourdain’s passing, those wounds were reopened earlier this summer as a documentary about his life, Roadrunner, was released in theaters. That pain is even more acute today as I soak in the moments the pair shared as Williams showed Bourdain around Brooklyn on No Reservations:

Two titans of their industry, two beautiful, almost otherworldly storytellers gone far too soon. May they both rest in peace.

And it gets better pic.twitter.com/vTeXUlSc