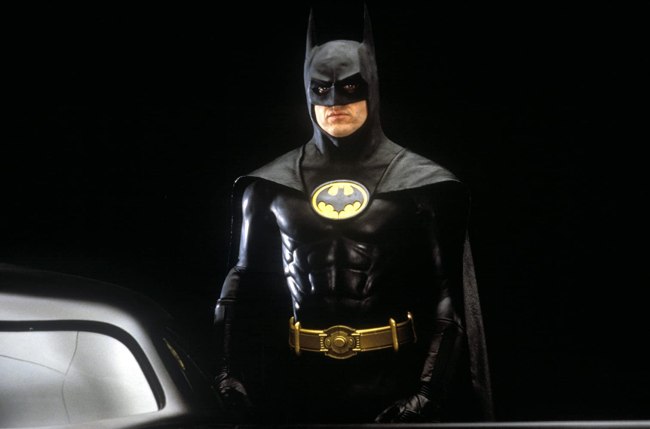 Back in August, to the shock of comic book fans everywhere, news broke that not only would Ben Affleck’s Batman be turning for 2022’s The Flash, but so would Michael Keaton’s version from the original 1989 Batman film.

What this development meant — other than the simple fact of Keaton returning to an iconic role from 30 years ago — was that the DCEU would be introducing the concept of the multiverse, thus allowing them to tell multiple stories across multiple universes.

Naturally, the questions that initially arose were if Keaton’s Batman already existed in the DCEU, or if he will be brought in from another, previously-existing universe? And while we’ll have to wait until The Flash releases to get the answers of where Keaton’s Batman has been, we may already know where he’s going, as there are reports he will serve as the DCEU’s main Batman going forward.

Update: New York Times entertainment reporter Brooks Barnes has since clarified his original tweet, stating that he has no information about Keaton’s role in the franchise beyond his appearance in The Flash.

As I tweeted over on @PostCredPod, while the move might seem ridiculous on the surface — “a 70-year-old Batman?!” — I actually think it’s a net positive. With the DCEU becoming increasingly fantastical, there’s not necessarily any natural fit for Batman guerilla, on-the-ground style. By making the DCEU’s Batman Keaton’s version, it will perhaps allow the studio to become a little more experimental while also being able to tell a *true* Batman story (without any ulterior motives of world-building) in Robert Pattinson’s The Batman trilogy).

On the surface this seems absurd, but I think it’s a net positive.

This means ‘The Batman’ and its eventual sequels will be a *proper* Batman tale with no other motives, while whatever is going on the Main DCEU could potentially be a little more experimental (Batman Beyond???) pic.twitter.com/z87V7342gi

The Flash — which is currently set to begin production in March ahead of its scheduled June 2022 release date — will be one of the biggest DCEU projects yet, as its set to both introduce the concept of the multiverse to DC fans: on Earth-1 will be Keaton’s Batman, and in a separate universe, on Earth-2, will be Pattinson’s Dark Knight.