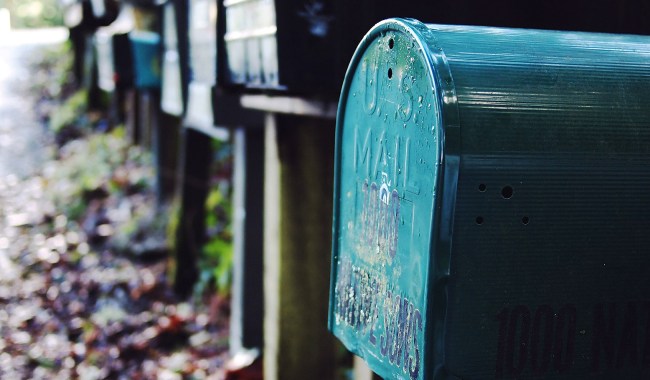 Think these delays in getting packages delivered thanks to the ongoing pandemic are cramping your style? I know they are mine. I WANT MY AUTOMATIC TWO DAY AMAZON PRIME SHIPPING BACK!

At least you aren’t Flossie Burgess.

For you see, Flossie Burgess mailed a Halloween themed postcard to her cousins in Michigan postmarked October 29, 1920 and it just arrived at its destination last week. Talk about snail mail.

The postcard, which was addressed to someone named Roy McQueen, was finally delivered as it showed up at the home of Brittany Keech in Belding, Michigan.

“I thought it was very peculiar that I was receiving a postcard because nobody sends postcards anymore nowadays,” Keech told CNN. “I went ‘Okay, this is different.'”

It was only when she noticed the postmark date that she realized what an unsual circumstance this was.

“Dear Cousins,” the postcard reads. “Hope this will find you all well. We are quite well but mother has awful lame knees. It is awful cold here. I just finished my history lesson and am going to bed pretty soon.

“My father is shaving and my mother is telling me your address. I will have to close for a night. Hope grandma and grandpa are well. Don’t forget to write us – Roy get his pants fixed yet.”

How did a postcard from 100 years ago land in Brittany Keech’s mailbox? She doesn’t know, but she’s trying to find the intended recipient’s relatives. https://t.co/hNSiu8UewM

The postcard also had a George Washington one cent stamp on it and was postmarked from Jamestown, with the state it originated from unknown because of a sticker.

“In most cases these incidents do not involve mail that had been lost in our network and later found,” a spokesperson for the Postal Service told WXMI. “What we typically find is that old letters and postcards — sometimes purchased at flea markets, antique shops and even online — are re-entered into our system. The end result is what we do best — as long as there is a deliverable address and postage, the card or letter gets delivered.”

Keech has since gone on to share the postcard on Facebook with the hopes of locating the family to which it was addressed and says she’s gotten one potentially positive lead.