‘Top Gun: Maverick’ Star Miles Teller Says Training For The Film Was Like Being ‘Waterboarded’ 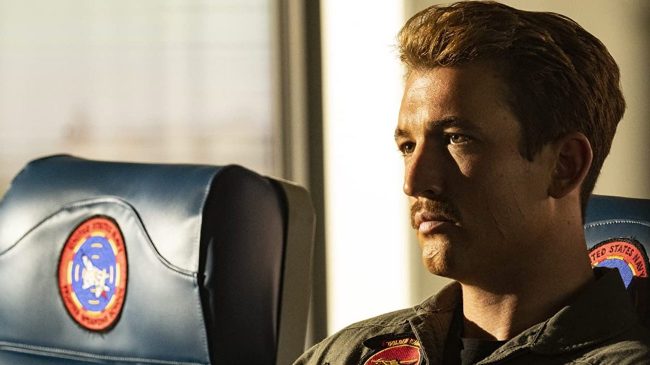 After spending the last few years laying low, 35-year-old actor Miles Teller is back in a big way this year, as he’s not only starring in the new series The Offer on Paramount+ and alongside Chris Hemsworth in the Netflix film Spiderhead, but he also, of course, has a key role as Rooster in the mega-hit Top Gun: Maverick.

Given that the film boasts gloriously practical stunts, the film’s cast was put through rigorous training in order to prepare for the film, which saw them *actually* hurtling through the air in a fighter jet in order to create the movie’s spellbinding action sequences.

Becoming a fighter jet pilot, even if it’s just “pretending” for a movie, is certainly no small feat as Teller recently detailed the process of preparing for the role and said one aspect of the underwater training felt like “waterboarding.”

“So you’re upside down. So instead of climbing cross chairs like this, you’re upside down, you get out of your straps, which I think there was four,” Teller said of the underwater training the cast went through.

“And then you’re climbing the seats like this and you’re blindfolded and you’re underwater and you’re upside down. So you’re basically getting water boarded.” [via About Last Night]

The sacrifices of the cast and crew to make Top Gun: Maverick come to life certainly paid off as the film is undoubtedly one of the most successful blockbusters in recent memory, as it’s already on track to become the highest-grossing film of Tom Cruise’s storied FIVE-DECADE-LONG Hollywood career.