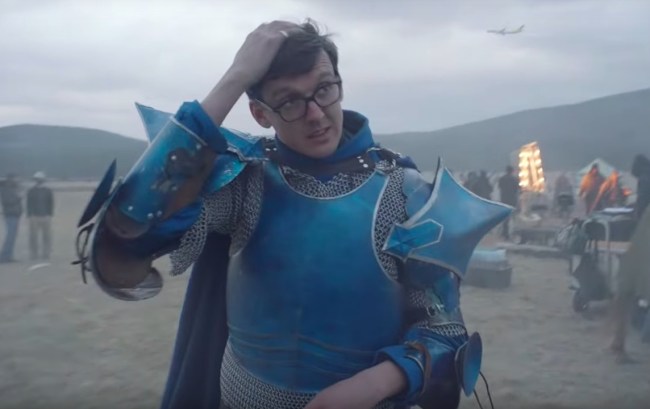 In less than a month from now, we’ll finally be treated to the final season of Game of Thrones as the former foes of Westeros band together in preparation for the long-awaited war against the White Walkers that have finally descended upon the Seven Kingdoms.

Meanwhile, in the real world, another war is brewing between two formidable forces: Miller Lite and Bud Light.

The two beer giants have been trading jabs since the latter decided to go after its competitor during the Super Bowl for having the sheer nerve to use *gasp* corn syrup to brew their beer, which was kind of an absurd hill to die on when you consider its actually a fairly common practice in the brewing industry.

The ad was just one in a long line of the medieval-inspired commercials Bud Light has been running for the past couple of years, and after milking the whole “Dilly Dilly” thing for everything it was worth, it appeared to bring the era to a merciful end after the Bud Knight got Oberyn Martelled in another Super Bowl spot hyping the upcoming season of HBO’s smash hit.

Now, Miller Lite—which, like The North, never forgets—is attempting to be The Mountain to Bud Light’s Serpent with a couple of new ads of their own that take aim at their competitor’s campaign—the first of which picks up where the Super Bowl spot left off.

They also whipped up a Winterfell-inspired ad to drive the point home.

If you were hoping to see a ceasefire in the Beer Wars, it looks like you’re going to have to wait a little while.