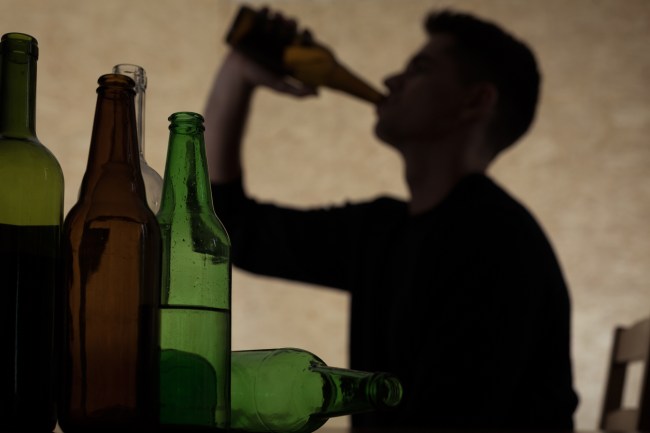 If there is anything that describes 2020 in a nutshell, the video below is about as close as you can get. Nothing but sheer excitement for what the year has to offer, or in this case for what the beer has to offer. Only to get smacked right in the face when you open it up and begin the journey. I really wish the guy writing this blog right now wasn’t the same guy who just got pissed on in the eye by a Miller Lite can, but unfortunately it is.

Life comes at you fast… so does beer pic.twitter.com/uqnLVvP5i6

I watched this video over and over and can’t help but cringe every single time I do.

First things first, watching me try and puncture a hole in that beer using my keys as a hammer makes me thoroughly regret spending two years at a community college. I can’t help but wonder if I had another two years under my belt at Florida International University and would have spent just a few more nights at Slamming Sammys for their $1 beer night, I might not have found myself in this situation.

To be honest, I think being another $50,000 in debt from going to a 4-year party school instead of saving money from a community college would have been justified for me if I could have avoided this situation. A TikTok live stream sounded like an incredible thing to do at the time until disaster struck and there was no turning back from the whopping 38 people who were already there to witness it live.

As much as I would like to throw the blame here on Miller Lite for their beer can design, I know damn well this one is on me. And I also know there really isn’t much bouncing back from this. In a lot of ways, I think it’s fair to compare my future to former NBA point guard Tyronn Lue, no matter what this guy did in his career or how many NBA Championships he wins, he will always be remembered for having Allen Iverson break his ankles, drill a three-ball, and then proceed to stick his nuts in his face while stepping over him.

I feel for you Tyronn, I really do, and I never thought I would say this but, we have a lot in common. Because now no matter how many blogs I write, good or bad, I will always be the guy who almost lost an eye trying to shotgun a beer.