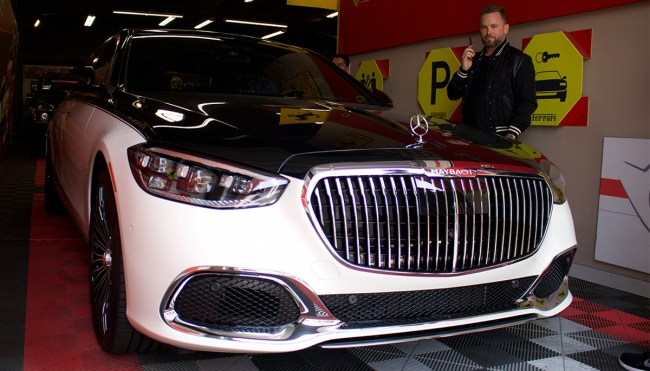 In the early 2000s, MTV leaned into reality television with programs like Cribs that offered viewers a look at the glamorous (or, in the case of Redman, decidedly unglamorous) life of some of the biggest names on the planet.

It also gave some Regular Joes a chance to get a taste of the finer things with shows like Pimp My Ride, which featured the crew at West Coast Customs giving beat-up Honda Civics and Ford Windstars a treatment normally reserved for the luxury rides that ferry celebrities around Los Angeles.

As you can probably surmise from the title, the whips that fall in that second category are at the center of Million Dollar Wheels, a new series that debuts its first two episodes on Discovery+ on Monday.

Million Dollar Wheels is a car lover’s dream come true, as the show provides viewers with a look under the hood at the fairly cutthroat world of luxury sales in Los Angeles by chronicling the exploits of the trio of salespeople who make a living moving high-priced exports while competing for the attention of people like Tom Holland, Kim Kardashian, and Jamie Foxx (the last of whom serves as the executive producer).

Based on the trailer, you can expect to get a solid dose of drama from each weekly installment as the sellers go head-to-head, but the main attraction is undoubtedly the rotating roster of souped-up rides produced by Ferrari, Bugatti, Rolls Royce, and more of the world’s most premier auto manufacturers.

You might never be able to own one yourself, but at least you can live vicariously through the people who can afford to drop a million dollars (or more) on some wheels.